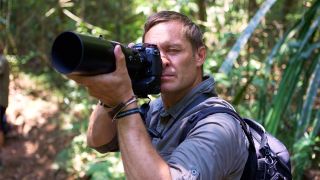 This mirrorless Micro Four Thirds system camera arrives with the bold claim of delivering the highest picture quality in the history of Lumix cameras.

It sits alongside the current hybrid flagship GH5 and, at least on paper, looks to redress the balance and to appeal more to the photographic audience. For example, the G9 features a 20.3MP sensor without a optical low-pass filter, together with improved built-in image stabilization (a claimed equivalent to 6.5 stops) and a whopping 80MP high-resolution mode for both Raw files and JPEGs.

Naturally we also get 4K video, though, now a standard feature across Panasonic's range, plus fastest-in-class continuous capture speeds of either 20fps or 60fps, dependent on the autofocus mode selected.

Its OLED electronic viewfinder is claimed to be the largest in its class and offers an excellent 3,68million-dot panel for a lifelike display. While that resolution is the same as on the GH5, the magnification has been bumped up from 0.76x to 0.83x (35mm equivalent), and is also runs at a smooth 120fps. For action photographers, the feed is blackout-free when using the camera’s burst-shooting mode.

Ultimately Panasonic has made a sensible move with the Lumix G9. Existing Micro Four Thirds camera system users now have the option of purchasing a feature-packed high-end model without necessarily feeling that they’re paying for a load of advanced video tech they may not need. Furthermore, when you compare the spec sheet with that of a similarly priced DSLR, you can appreciate just how much you're getting for your money.