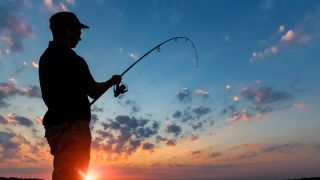 While fishing is a widely practiced past time where both skilled knowledge and chance play equal roles, technology can now help us improve our opportunities to make a catch. Enter the underwater fishing camera, providing the keen angler with a visual representation of what’s otherwise hidden and happening beneath the surface. In short, these all-seeing devices can help reveal what would otherwise be extremely difficult if not impossible to ascertain from the riverbank.

Underwater fishing cameras can be deployed to work alongside the angler’s bait, and often unobtrusively mimic regular floats in their design. As they’ll be dealing with murky and sometimes dark waters, when making your selection you may want to consider a device promising low light capability, possibly with infrared vision. Yes, you could simply use a regular underwater or action camera rather than one directly related to fishing, but then, unless said camera has a dedicated app that allows you to use a smartphone as a remote, you won't have a way of monitoring what’s going on below the water’s surface in real time. Which some may consider the whole point of a dedicated underwater fishing camera.

At their simplest, such devices comprise of an underwater camera and a monitoring screen connected by a cable, which can be extended or retracted courtesy of a spool; much like the fishing line itself. This means manually raising and lowering the camera by hand.

Other options may be connected to the fishing line or lure itself – though beware that these may not be offering real time monitoring, unless Wi-Fi transmission/sharing is featured, possibly via a dedicated app. You’ll also want to consider the fact that there’s more potential for such devices becoming loosened and, worse case scenario, lost.

With the above in mind, let’s take a look at some of the best underwater fishing cameras you can buy right now, whether you’re looking to improve your technique, determine species of fish, or are simply looking to locate and make a catch that much easier. Whatever your intended purchase, there’s nothing ‘fishy’ about our selection, so cast an eye over the following examples before you next cast your line…

With its manufacturer suggesting this option is for use in clear water, this set up features a camera, slender 20m-long cable on a reel plus a 4.3-inch LCD resembling a typical digital camera back. Yet here there are operational buttons provided to remotely take the shot, not just review it. Functions include video recording and still picture taking, with the ability to view both on screen. The unobtrusive camera part of the set up features four infrared LED lights ranged around its lens, enabling fish to be observed even in darker underwater environments. Battery life is good for up to four hours of use when fully charged, with a USB cable helpfully provided. The monitor section can also be mounted on the handle end of your fishing rod, if so desired, so you’re not distracted from the sport itself.

Designed for connecting to your lure and for use when lake, boat or even ice fishing, this compact, O-ring sealed waterproof, rechargeable battery-operated device records HD video footage up to depths of 20 metres. Boasting a recording cycle of three minutes, and four hours’ recording time in total thanks, the relatively inexpensive hydrodynamic device is designed to float unobtrusively and record the minutiae of life underwater. The fact that it utilizes a microSD card means that is memory capability is expandable, while a built in yellow LED is there to provide extra illumination without scaring off the fish. While it won’t unfortunately offer the angler remote viewing, this inexpensive option is small enough to fit into your pocket, or better still your tackle box.

If James Bond wanted to catch fish, he’d use using the Spydro…

Here’s a novel idea – send an image capture device below the waters (up to a generous 450ft) and get a high definition live relay on your smartphone’s handset via an app that links the two, thus ‘empowering’ your fishing experience. Cleverly, the Spydro activates immediately it gets wet and deactivates after being out of the water for three minutes. There is also a feature whereby it can be bite triggered, so you can capture the moment the fish strikes your bait. With what’s described as a submarine torpedo type design, its lens provides a wide 130° angle of view, while the Wi-Fi range is a generous 240 ft – although do note that quoted specification is for use above water. While by no means a budget option, the device comes with weights, float, USB cable and case, plus ‘built in’ 32GB SD card, sealed within the casing so no moisture can get to it. James Bond’s ‘Q’ would be proud.

Everything you need for remote underwater fish watching within the one easy-to-transport tackle box-like aluminium case, complete with a 7-inch 16:9 ratio LCD screen cleverly built into the underside of the lid. The case itself, not just the camera included, is further claimed as waterproof, though it’s not clear to what extent. Its 1/3-inch CMOS sensor camera can shoot both video and stills and features 12 infrared LEDs to allow fish to be seen more clearly beneath the surface. It’s worth noting however that in infrared mode, the image captured is in black and white. While camera is attached to monitor via 50 metre cable and wheel, to get you started, one 4GB SD card is included along with lithium ion battery and charger. In short, an all in one solution easily packed or unpacked.

Offering a very similar specified – and indeed nigh identical looking – box of tricks to the Eyoyo offering, for a price within the same ballpark, Anysun’s claim is that its IP68 certified waterproof camera system is so sharp you’ll be able to clearly see the fish actually bite your bait. Added to this, its chunky 12-volt battery will last an impressive 9 to 12 hours’ worth of angling. With a 7-inch monitor boasting a sun visor and 1000 lines of resolution, we basically have everything we need to record and view what’s up to 15 metres below the surface – even if the water itself is murky.

Serious about underwater viewing? Then this 4K shooting drone just might ‘float’ as a good idea…

Not a fishing aid per se, unless you’re looking to catch bigger ocean-bound dwellers, but if you really want to push the boat out – no pun intended – when it comes to filming the underwater world and its wildlife, then an underwater drone could be your step-up product. Included in this package are not just the 12-megapixel sensor, 4K resolution camera-incorporating drone and handset, but also some VR goggles/headset, a 64GB memory card and 210ft tether. Also impressing is the ability for the PowerRay to transmit images via Wi-Fi up to a distance of 262 feet, while it’s usable to depths of 30 metres also. Yes, the price denotes this is a professional tool, but if you’re serious about getting deep into your hobby there is a lot of scope here.