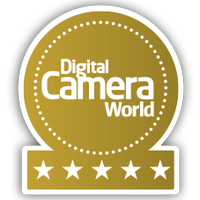 There’s no denying that Nikon’s new Z 70-200mm f/2.8 zoom is a pricey beast. It has a tough act to follow, as the AF-S 70-200mm f/2.8E FL ED VR for DSLRs is a formidable lens and a favourite with pro Nikon shooters around the world. When it comes down to it, however, the new S-line zoom for mirrorless cameras is simply better in terms of handling, all-round performance and image quality. It’s a little pricier than its F-mount sibling but more than worth the extra outlay.

However many fancy features a lens has, it’s only ever going to be as good as its optical prowess. There’s certainly no shortage of high-tech glass packed into the Z 70-200mm. 21 elements arranged in 18 groups and include two aspherical elements, no less than six ED (Extra-low Dispersion) elements, a fluorite element and an SR (Short-wavelength Refractive) element. Dual coatings include both ARNEO and Nano Crystal Coat. The overall aim is for impeccable sharpness, contrast and colour accuracy, with negligible distortion, chromatic aberrations, ghosting and flare.

High-speed autofocus is a basic requirement nowadays but this lens pulls out all the stops, featuring two separate, synchronized drive units, both based on stepping motors. As well as ensuring spectacular speed and highly consistent accuracy, the autofocus system is virtually silent and able to deliver super-smooth focus transitions when shooting video.

Unlike most Nikon S-line lenses that rely solely on the host camera body’s stabilization, the 70-200mm boasts an internal optical VR system, based on voice coil motors. This works in conjunction with the sensor-shift VR of the Z 5 (opens in new tab), Z 6 (opens in new tab) and Z 7 (opens in new tab) to ensure optimum performance right out to the longest zoom setting.

A trick feature of the lens is its OLED display. Built into the lens barrel, this gives a direct view of various parameters, including the exact focal length, aperture, ISO or focus distance complete with depth of field indication. You can cycle through the various options simply by pressing the adjacent ‘DISP’ button.

As we’ve come to expect in S-line lenses, the construction is fairly lightweight but has a really solid, high-quality feel. The 70-200mm is fully weather-sealed and features fluorine coatings on its front and rear elements, to repel moisture and greasy finger-marks, while also making for easier cleaning.

Handling feels entirely natural and intuitive. The mechanical zoom ring and electronically-coupled focus ring both operate with smooth precision and, unlike Canon’s competing 70-200mm f/2.8 lens (opens in new tab) for its mirrorless EOS R (opens in new tab)-series cameras, the physical length of the NIKKOR remains fixed throughout the zoom range. A third, customisable control ring is positioned at the rear of the lens. You can use this to control parameters like ISO and exposure compensation, and it’s particularly useful for applying silent, stepless aperture control when shooting movies.

Further handling enhancements include two L-Fn (Lens Function) buttons which you can assign to no less than 21 different customisable functions. The L-Fn 2 button is actually replicated with four separate buttons being positioned around the middle section of the barrel. They’ll most typically be used for AF-On or AF-Hold functions.

Even the tripod mounting collar is a smooth operator, revolving around the barrel on roller bearings. The foot is easily removable, courtesy of a pushbutton and locking knob, and contains two forward and rear tripod attachment threads. The choice enables a perfect balance with or without a tele-converter attached to the lens. The main knob for locking the rotational position of the mounting ring contains a security slot for attaching an anti-theft cable.

Living up to its promise, the lens delivers spectacular performance in every respect. The autofocus system is super-fast and unerringly accurate, while VR proved itself with 5-stop effectiveness in our tests, right out to the longest focal length. Throughout most of the zoom range, levels of sharpness are absolutely stunning, right across the entire image frame and into the extreme corners, even when shooting wide-open at f/2.8. The only noticeable drop-off is in the 150-200mm sector of the zoom range, where corner-sharpness becomes ‘merely’ excellent.

Helped by automatic corrections (as is the way with many lenses for mirrorless cameras), colour fringing and distortions are essentially non-existent. Vignetting is also minimal and resistance to ghosting and flare is excellent, with exceptional retention of contrast and clarity.

The sharpness scores in the two graphs below are produced by shooting a monochrome test chart covered in multiple sharp boundaries between black and white. This image is then assessed by specialist software, with the extent of blur on the contrast boundaries at the centre, mid and edges of the image converted into a spatial frequency value to determine how many line widths per picture height the lens is capable of resolving. A higher spatial frequency corresponds to a greater number of finer lines over a given distance that the lens can resolve - this number is the sharpness score.

Levels of sharpness are absolutely stellar throughout most of the zoom range, even when shooting wide-open at f/2.8. Extreme corner-sharpness drops away a bit towards the long end but is still highly impressive.

The chromatic aberration scores are calculated using the same chart we use for measuring sharpness. This time the processing software assesses the sharp black-white contrast boundaries and determines the width in pixels of the colour fringe that divides black from white - the larger the width of the fringe, the greater - and worse - the fringing score.

Chromatic aberrations are essentially a non-issue, at all combinations of focal length and aperture setting.

At the top and bottom of our lens test chart are horizontal black bars that run its full width. A lens that bulges these lines towards the edges of frame produces barrel distortion, the degree of which is indicated by a negative score. Shrinking (pincushion) distortion, usually produced by a telephoto lens, produces a positive score. The higher the number - positive or negative - the greater the distortion. A score of zero indicates no distortion.

There’s no denying this is an expensive lens. We’ve been hugely impressed by Sigma’s 70-200mm f/2.8 DG OS HSM Sports lens for Nikon DSLRs in the past, which costs little more than half the price. Even so, Nikon’s telephoto zoom for mirrorless cameras sets new standards for image quality and all-round performance. It’s a fabulous lens that’s destined to become an instant classic.

The best Nikon lenses: lenses to build up your Nikon DSLR and Z system (opens in new tab)

Matthew Richards is a photographer and journalist who has spent years using and reviewing all manner of photo gear. He is Digital Camera World's principal lens reviewer – and has tested more primes and zooms than most people have had hot dinners!

His expertise with equipment doesn’t end there, though. He is also an encyclopedia  when it comes to all manner of cameras, camera holsters and bags, flashguns, tripods and heads, printers, papers and inks, and just about anything imaging-related.

In an earlier life he was a broadcast engineer at the BBC, as well as a former editor of PC Guide.