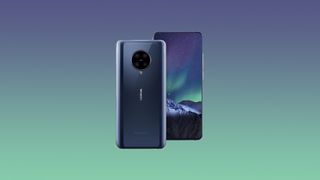 In the increasingly competitive world of camera phones, if a manufacturer wants their phone to sell, then they'll need to go the extra mile to win consumers' attention. Luckily, it seems that HMD, the owner of the Nokia brand, might have hit upon something quite special. Apparently, the upcoming Nokia 9.3 PureView might be capable of recording 8K video at 30fps.

This new rumor joins previous rumblings that the Nokia 9.3 PureView will have a 108MP sensor. Both of these tidbits of information seem to promise an incredibly exciting phone – if it even exists. As of yet, there is no official confirmation when the Nokia 9.3 PureView will be coming, or if it's even coming at all. However, with multiple leaks springing forth, there must be some fire to all of this smoke.

Rumor website GSMArena has reported that we'll only see 8K video at 30fps if the engineers are happy with the results, as they're still hard at work trying to finalize the image processing algorithms. Apparently, the new Snapdragon 865 chipset is partly what will make the 8K video possible.

Meanwhile, stills photographers won't be left disappointed by the Nokia 9.3 PureView's potential features either. GSMArena reports that the HMD team is refining the image processing algorithms and manual controls for the Pro shooting mode. Meanwhile, the Night shooting mode will get the benefit of larger pixels and OIS (Optical Image Stabilizer).

As mentioned earlier, there isn't an official confirmation that this phone even exists as of yet, so take these rumors with a pinch of salt. However, even if half of these leaks are true, it would certainly make for a very interesting camera phone.