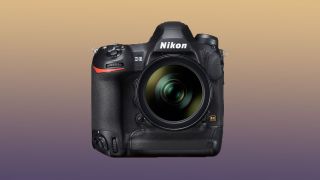 With the Sony A9 Mark II having recently been launched, and rumors about the Canon EOS-1D X Mark III reaching a fever pitch, news about the long-awaited Nikon D6 has been strangely quiet since the announcement of its development in September. We've heard nary a whisper about anything from megapixel count to dynamic range.

Considering the current climate of copious camera leaks, we've been going stir crazy wondering what the Nikon D6's specs will be. However, we've finally caught the scent of some juicy Nikon D6 rumors that will be sure to delight any Nikon professionals eager for information.

Rumor website Nikon Rumors has recently posted a few tantalizing details about the Nikon D6 that suggests we certainly won't be disappointed with Nikon's flagship DSLR when it finally launches. One of the most interesting tidbits of information is that the Nikon D6 will have advanced video features, including RAW recording. While the author of this rumor isn't sure whether this will be internal or external, RAW recording is certainly an attractive proposition. Considering the Canon EOS-1D X Mark III will offer internal RAW recording, we're crossing our fingers that the Nikon D6 will follow suit.

Another intriguing rumor is that the sensor for the Nikon D6 will be above 20MP, but definitely under 36MP. Considering the megapixel war that has broken out among manufacturers, you would be forgiven for wondering why Nikon would put such a low megapixel count in their flagship DSLR.

Well, generally speaking, the more megapixels you stuff onto a sensor, the bigger the image files will be. For a sports or wildlife photographer (which is the market the Nikon D6 will be aimed towards), missing a shot because the camera is struggling to buffer its huge files would be totally unacceptable. In addition, increasing megapixels also tends to reduce dynamic range.

Speaking of dynamic range - apparently the Nikon D6 will have improved dynamic range performance. It will also reportedly have an improved AF system, but it will likely still have the same number of AF points as the Nikon D5, which clocks in at 153.

Interestingly, the Nikon D6 will have dual CFexpress memory cards. These blisteringly expensive memory cards (costing between $149.99 to $599.99) offer read speeds of up to 1700MB/s and 1400MB/s write speeds, making them perfect for pro photographers having to upload huge amounts of images.

No matter how long it takes for official information on the Nikon D6, all signs point to it being one of Nikon's best cameras yet (which you would hope for from an updated flagship camera!). We'll be keeping a keen eye out for any more interesting rumors to keep you up to date on the best Nikon D6 news.

Nikon mirrorless cameras and lenses, the new Nikon Z 50, and where it fits in
Nikon Black Friday and Cyber Monday deals
Best wide-angle lenses for Nikon cameras in 2019: for DSLRS and Nikon Z