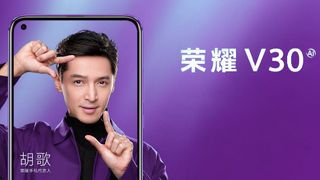 Honor has confirmed two things about its upcoming flagship camera phone: that it will be called the Honor V30 (or Honor View 30 in territories outside China), and that it will be the company's first 5G-enabled handset.

While Huawei has already produced 'its own' 5G phone, the Huawei Mate 20X 5G, this will be the first handset to support the new network infrastructure from its Honor brand.

Are you ready for #5G? It's time to #RethinkEvolution as the #Huawei Kirin Chipset launches us into the future #HuaweiIFA2019 pic.twitter.com/5T60b9QjPjAugust 23, 2019

Precious little else is known about the camera phone at this stage, although the View 20 was among the first to feature a 48MP sensor – so it's quite possible that Honor will follow the likes of the Realme XT in offering a 64MP camera this time around.

Huawei has announced that its latest Kirin chipset will be revealed at the IFA trade show next week (see the tweet above), which is all but guaranteed to be the engine inside the new phone.

As GSM Arena notes, the Honor V20 was announced on Boxing Day in 2018, so it's possible that the V30 will see a similar reveal window. However, the addition of 5G technology is going to significantly spike the price of the phone – meaning it's probable that two flavors, a vanilla and a 5G, might be on the cards for Christmas.