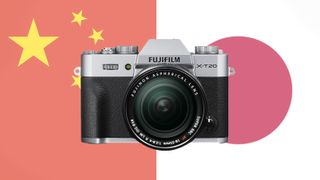 As governments around the world reel against the financial and economic impact of coronavirus, it's clear that we'll see ramifications rippling through the global economy for years to come. It's impossible to predict exactly what will happen, but with the recent news that Japan's economic stimulus package is apparently designed to incentivize Japanese companies to move factories out of China, it seems that we might see a significant change in the way camera manufacturers operate.

Almost every major camera and lens manufacturer is Japanese, including Canon, Nikon, Panasonic, Fujifilm, Sony, Sigma and Tamron. In fact, the only big names in cameras that don't hail from Japan are Leica and Hasselblad (neither of whom own a particularly large share in the consumer camera market).

According to Bloomberg, "Japan has earmarked $2.2 billion of its record economic stimulus package to help its manufacturers shift production out of China as the coronavirus disrupts supply chains between the major trading partners. The extra budget, compiled to try to offset the devastating effects of the pandemic, includes 220 billion yen ($2 billion) for companies shifting production back to Japan and 23.5 billion yen for those seeking to move production to other countries…"

This will be yet another blow to China, as many camera manufacturers had already moved factories out of the country, likely due to the increasing tensions in the trade war between China and the US.

For camera companies already considering moving more, or all, of their camera production out of China, this financial incentive certainly seems like the perfect opportunity. We'll be interested to see how this affects camera production in the future.