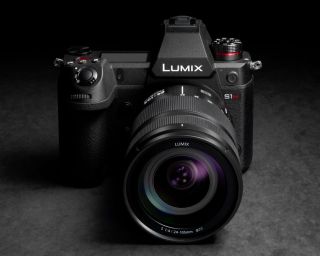 Ever since the Panasonic Lumix S1H was announced in May, filmmakers and video enthusiasts have been on the edge of their seat waiting for more information. This 6K powerhouse looks set to blow its competition out of the water, but we don't even know some incredibly basic information - such as when exactly the S1H will be released!

Here we round up the 10 things we don't yet know about the S1H - and share our best guesses (and secret hopes!) at the answers.

Panasonic's late-May announcement wasn't actually a declaration of its imminent availability, but rather of its development instead. The most information we've had on its release date so far is the frustratingly vague indication of "fall 2019" from the S1H press release.

This could conceivably mean anything from early September to late November, so precisely when we'll see the Panasonic S1H available to order is anyone's guess. The one saving grace is that as we march through August onto the beginning of September, it becomes more and more likely that we'll hear some kind of update on a release date. Fingers crossed, anyway.

While the 6K resolution certainly generated a lot of excitement, we still don't actually know what resolution the S1H's actual sensor will be.

While most photographers are hungry for as many megapixels as they can get, video doesn't have quite the same requirements. For example, Panasonic's flagship 4K video camera, the GH5s, only has a 10.2MP sensor.

While the S1H will be full frame rather than APS-C (like the GH5S), we wouldn't be expecting it to get anywhere near Panasonic's high resolution beast, the 47.3MP S1R. Instead, we'd expect it to resemble something such as the comparatively humbler Panasonic Lumix S1, which has a 24.2MP. This would be pretty close to the native resolution required for 6K video.

In fact, we've even heard some secret rumblings that the sensor will be somewhere around 24MP, so watch this space…

We know that the S1H is primarily built for videographers, but just how well will it perform for photographers? There's definitely demand for flexible cameras that can competently shoot both video and stills – and this market is only growing.

However, considering that this is one of the first prosumer 6K cameras (unfortunately pipped to the post by the Blackmagic Pocket Cinema Camera 6K), we would imagine that Panasonic will have poured 99% of their energy into ensuring that the video features are as slick, polished and powerful as possible.

Essentially, while we're sure the S1H will take perfectly serviceable stills, we doubt there will be anything particularly revolutionary about its photos.

While not quite as sexy and attention-grabbing as 6K capabilities, ensuring a camera has a suitable storage system is realistically one of the most important considerations for most videographers – and one of those considerations is dual card slots.

Some videographers will record footage simultaneously to two cards to avoid any risks of losing data. Alternatively, you can also set some cameras to switch automatically to a second card once the first has been filled, which avoids having to manually change out cards in the middle of important shoots.

Considering that the S1 has one XQD slot and a second UHS-II slot, we'd be surprised if the S1H didn't at least offer something similar.

One of the most exciting aspects of of the upcoming S1H is that it'll be the first full-frame digital interchangeable lens system camera to enable 10-bit 60p 4K/C4K video recording. This will certainly be revolutionary, but that's an awfully large amount of data for internal cards to handle.

While most consumer cameras (and even some smartphones) support RAW photo formats, RAW video is a slightly different conversation.

If you consider that a RAW photo can have around 13x more information than a JPEG file, then you can understand just how astronomically huge RAW video footage can be. The list of cameras that can capture raw video is short, and limited to higher end dedicated video/cinema cameras.

However, could the S1H be the first consumer camera to buck the trend and offer RAW video capture without having to rely on external recorders?

Unfortunately, probably not. We would argue that if we were going to see such an impressive feat from the S1H, Panasonic would likely have already mentioned it at the initial announcement in May.

When the Panasonic S1H was first announced, there was some confusion over whether it would include IBIS (in-body image stabilization). With no concrete information from Panasonic itself, many speculated that IBIS had been left out – just like it had been on the GH5s.

It wouldn't be out of the question for this to be the case. Including IBIS would mean having to find heat dissipation and sensor noise solutions.

However, Alicia Robbins, the filmmaker tasked with shooting a sample video for the announcement, made an Instagram post on June 7 that lead to a potential answer to this question. In the post itself, Alicia thanked the Lumix team for allowing her to shoot the announcement video and use the S1H.

User @boumba2.0 commented asking "Does this camera has IBIS like the GH5 or is it missing, as in the GH5s?", to which Alicia replied "it has IBIS".

While this isn't an official confirmation from the manufacturer itself, we'd say that it's a very good indication that the S1H will indeed be released with IBIS.

The Panasonic GH5s' Dual Native ISO has been much lauded among videographers, but some think the Panasonic S1's ISO performance is even more impressive.

The S1 has a native ISO range from 100 to 51,200. However, you can also enable an extended range, where the camera's internal software takes over. Have Camera Will Travel has posted a very helpful side-by-side comparison of the S1's high ISO performance. With impressively low noise at astonishingly high ISOs of 16,000 and above, the S1's ISO specs bode promising things for the S1H.

Unfortunately, we can't help but think that if 10-bit 6K was going to be a reality, we would surely have found out back when the camera was originally announced. While we'd be very happy to be proved wrong, our real question is what exactly will the 6K recording look like? We already know that the maximum frame rate for 6K drops to 24p in Cinema 4K mode (it's 30p for the 5.9K UHD) mode, which suggests the S1H is already at its processing limits – so we're not expecting any extra miracles here.

With so many different variables that go into the quality of a video recording, taking a grand announcement of 6K at face value can be potentially problematic. While we're incredibly excited to see how Panasonic's 6K offering performs, it'll definitely be interesting to see how exactly we'll be able to use it.

DFD (Depth From Defocusing) autofocus. Some love it. Some hate it. What we want to know is whether the S1H will have it.

However, DFD AF has tried to resolve this issue by examining two images taken with the focus at different distances and analyzing their sharpness to determine how to adjust the lens to achieve the correct focus. This process is so fast that you shouldn't be aware of anything going on.

With both the GH5S and the S1 using DFD autofocus, we assume this will likely also be the case with the S1H.

However, as with each one of our 10 questions on the Panasonic S1H, only time will tell…