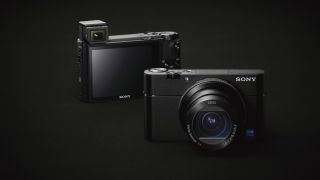 The original Sony Cyber-Shot RX100 was a landmark release, with excellent image quality and high-speed performance, all packed into a metal body around the size of a pack of playing cards. We’re now on the seventh iteration of the RX100, and bizarrely many of these models,  are still available as new today – and some of these offer great camera deals.

Although the heart of the RX100 range has remained the same, Sony has added various features and made changes to the handling of each successive release. In this article, we compare what the last five models in the line offer. As you are likely to find the RX100 Mark III, Mark IV, Mark V, Mark VI, and Mark VII all on sale - this guide will help you choose which one of this family of premium compact cameras is the one for you.

These aren’t the cheapest cameras, so by looking at where the models are the same and where they differ, you'll have better idea of which makes the most sense against your budget.

Although all the models in the RX100 line so far have offered 20.1MP 1in-type sensors, they have not been the same sensors.

While the RX100 III maintains the back-illuminated sensor of the Mark II, the RX100 IV features a sensor with a stacked architecture. This was done to improve light-gathering efficiency, helping to deliver images with lower noise.

That sensor also includes a separate DRAM chip, something that was maintained for the RX100 V, RX100 VI and RX100 VII. Even so, Sony did not simply use the same sensor one for the last three models; instead, it incorporated phase-detect AF pixels into the sensors inside the RX100 V and onwards – more on this later.

Four sensors offer a native sensitivity range of ISO 125-12,800, and extensions on either side of this, but the native ISO range of the RX100 VII goes a little lower to ISO 100.

All five models also make use of a BIONZ X processor, although Sony has made a habit of improving processing for each model. These improvements are typically centred around better noise reduction and faster autofocus although those wanting to use these cameras for action will also no doubt be interested in burst shooting differences, which we’ll come on to later.

Since the RX100 III, things were relatively consistent with regards to optics. The 24-70mm f/1.8-2.8 ZEISS Vario-Sonnar T* lens remained the same, offering a good balance of zoom range, portability and maximum aperture.

That all changed with the RX100 Mark VI, with its far longer 24-200mm (equiv.) f/2.8-4.5 ZEISS Vario-Sonnar T* optic, although Sony had somehow managed to incorporate the lens into a body that was almost the same size as before. True, the maximum aperture isn’t quite as impressive as before, but still respectable for this focal range and still an achievement. What’s more, it suddenly made the range a viable choice for travels and holidays, where one may have otherwise opted for a Panasonic TZ model or an interchangeable-lens camera.

All five models have also been designed with a Control Ring around their respective optics, and these can be used for a range of purposes – not least zooming. Each also has a built-in ND filter to help out when capturing long exposures and for video shooting.

Sony has been at the cutting edge of developing video technology in cameras primarily designed for photography, so it's no surprise that many differences can be found between these three models here.

Although the RX100 IV, RX100 V, RX100 VI and RX100 VII are all capable of 4K video recording, the way this is captured is not the same. The RX100 V and later oversample footage at a 5K resolution, before this is downsampled to 4K, a process that should make for slightly crisper results. All three, however, have an anti-distortion shutter for reducing rolling shutter effects, something that wasn't included on the RX100 III.

The Sony RX100 VII does have 4K Active SteadyShot that Sony says is 8x more effective than 4K Standard SteadyShot, an external microphone socket and support for shooting video in the vertical format.

One of the headline features of the RX100 IV and later is what Sony calls High Frame Rate (HFR) videos. Users can shoot at up to a staggering 960fps for slow-motion output, although this comes at a reduced resolution. Essentially, the faster you go in frame rate the lower the output resolution.

You can also shoot slow-motion footage with the RX100 III, but only to a frame rate of 120fps, which is output at 720p. There's also a 1.69x crop factor to take into consideration here.

Unsurprisingly for such small cameras, you won't find ports for headphones on any of these models, though the addition of a mic socket on the RX100 VII will make this camera much more appealing to vloggers.

The RX100 V was the first camera in the range to feature on-sensor phase-detect AF, and this continued on to the RX100 Mark VI. This is a 315-point array with wide coverage across 65% of the frame, and this works with the same 25-point contrast-detect AF system that features in the previous two models.

The RX100 VII takes a further step forward, though with a new 357-point phase-detect AF and 425-point contrast-detect AF system which Sony says is its fastest yet, offering a 0.02-sec 'acquisition time' and a newly-optimised lens control.

The new AF system uses technology taken from Sony's flagship A9 pro sports camera and is one of the single biggest distinguishing features between the RX100 VII and its predecessor the RX100 VI. It brings Sony's Real-time Tracking and Real-time Eye AF capabilities, previously seen only on the company's mirrorless models, via new AI tracking technologies.

All five cameras are capable of capturing fast-moving action, although the difference in burst rates is significant.

The RX100 VI offers a staggering 24fps burst shooting at full resolution, with full-time phase-detect AF and AE, for up to 223 JPEGs. The RX10 V manages much the same, but only to 150 frames.

Interestingly, this drops to 20fps in the RX100 VII, though this model does now boast blackout-free viewing. Crucially, it also has an ultra fast Single Burst mode with a maximum speed of 90fps, so if high-speed motion capture is your thing, then this is another advantage of the RX100 VII over its predecessors.

All five models feature built-in electronic viewfinders that offer 100% coverage of the scene. The only main difference here is that the RX100 III's viewfinder has a resolution of 1.44million dots, whereas the three newer cameras have improved 2.359 million-dot panels.

One smaller change is that, from the RX100 VI on, there's no need to pull the viewfinder out towards you once you pop it up before you start using it, as it all conveniently happens in one action.

All five models also have a similar LCD screen that tilts 180° upwards – i.e. all the way around to face the front – although the RX100 VI and RX100 VII are the only models to offer a touchscreen, which is largely used for selecting the focus point rather than navigating the menus.

Furthermore, while the screens on the other three cameras tilt 45° downwards, the display on the RX100 VI and later can be adjusted 90° downwards. The resolution, however, is a little lower, which appears to be down to the fact that they use a standard RGB panel rather than the Sony WhiteMagic RGBW-type panel used on the others.

There's very little to split these five cameras in terms of build and design.

The tough, aluminium bodies have an identical control layout, with no discernible difference in size nor weight between them. The fact that all four lack a grip of any sort doesn't sit well with everyone, but optional grips do exist for the benefit of those who fall into this camp.

Given that the only real difference between these is the Roman numerals after the RX100 symbol, this is clearly a design Sony believes in.

Once again, we're looking more at similarities than differences when it comes to features.

All four have Wi-Fi and NFC connectivity, and all three lack Bluetooth and GPS. Time-lapse shooting isn't possible on any of the three straight out of the box, although a paid-for app that enables this is available through Sony's PlayMemories store.

The RX100 III is the only one of the five that does not have an option to set the minimum shutter speed when using Auto ISO, a useful feature that's included in the others.

The fastest shutter speeds vary between the cameras too. You’re limited to a maximum 1/2000sec with the RX100 III, but the later models each offer a maximum shutter speed of 1/32,000sec.

All feature a built-in flash, HDMI and USB ports, and a single card slot that accepts SD, SDHC and SDXC memory cards (and Sony's own MemoryStick format). There's no hotshoe on any of these three – a feature dropped after the RX100 II – so it's not possible to physically mount any accessories on top of any of these cameras.

It seems as though one downside of certain new features introduced with successive models is their hunger for power.

If you think this might be an issue, you may wish to either invest in another battery or carry a powerbank with you so you can recharge the battery, inside the camera, while on the move.

Sony clearly found a formula that worked with the original Cyber-Shot RX100, and the following iterations adhere to a very similar core feature set.

Each version has been tweaked, with new features added (and, on occasion, removed) that continually make the cameras in the RX100 series among the most compelling on the market.

In these latest five versions, the changes have mainly reflected Sony’s innovations in video, sensor design, autofocus and processing power.

The RX100 VI is the first RX100 model to offer the new, extended 8x zoom range, not to mention high-speed 24fps continuous shooting. The RX100 VII takes the autofocus and burst modes to new levels, but with a substantial increase in price for features many of us might not be looking for in a camera of this type.

If stills photography is your thing, and you don't imagine shooting too much action, there's little reason to buy the later models, save for the bigger zoom range on the RX100 VI and later. Videographers may be more interested in the RX100 VII, which is the first of these cameras to include a microphone socket – a feature many video shooters might consider long overdue.

All five are very capable for cameras of their kind, and well worthy of the enthusiast's attention.