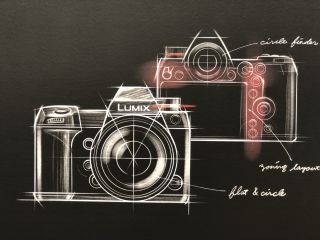 The Panasonic news that's going to dominate the whole of 2018 was the announcement at Photokina 2018 that it was developing a new full frame mirrorless camera system, and we can expect 2019 to look very different for both Panasonic and the camera market as a whole.

It's incredible to think that just a year ago Sony was the only camera maker with a full frame mirrorless camera aimed squarely at the mass market (there's the Leica SL too, but that's a little niche). By the end of 2018, however, there were two more, and next year Panasonic will add its own S1 and S1R models, backed by Leica, Sigma and the 'L-Mount Alliance'.

But there was quite a lot going on through the rest of the year too, as Panasonic continued to develop its existing Micro Four Thirds camera range and introduced a couple of compact cameras too. Even after the announcement of its full frame models, the company re-affirmed its commitment to the smaller Micro Four Thirds G-series cameras, considering them a different kind of camera for a different audience.

So let's take a closer look at how 2018 panned out for Panasonic...

Was it really just a year ago that Panasonic announced its strongly video-centric GH5S? It created a real buzz amongst videographers, offering 4K video at up to 60/50p, not just for 4K UHD (the GH5 could do that) but for the wider Cinema 4K format. Not only that, the GH5S could record 10-bit 4:2:2 video internally, a feat that would normally require a specialised external recorder on rival cameras, and it did this at a relatively affordable price tag (for a pro 4K video camera) and with access to a large range of lenses. The downside is that the 10.2-megapixel sensor produces pint-sized still images, so the GH5S was not quite the ultimate stills/video camera Panasonic billed it as, but you could always get a Lumix G9 or a GH5 to use alongside it with just the one set of lenses.

Panasonic practically invented the long-zoom 'travel' compact, cramming a huge zoom range into a pocket-sized camera in its long-running TZ series. The trouble with this design, though, is that the long zoom usually forces the use of a tiny 1.2.3-inch sensor, so the image quality suffers. But the Lumix ZS100 (TZ100) bucked the trend in 2016 with a much bigger and better 1-inch sensor, and in February 2018 Panasonic launched the ZS200 (TZ200) follow-up, now with a 15x zoom.

That's not all. At the same time, Panasonic announced a new premium quality rangefinder style mirrorless camera, the Lumix GX9. A little smaller than the GX8 that went before it, the GX9 was designed to deliver "premium technology in a compact body". It used Panasonic's latest 20-megapixel Live MOS sensor with no low-pass filter for maximum sharpness, and equipped with the company's diminutive 12-32mm pancake zoom, it was genuinely pocketable.

Panasonic wasn't about to neglect the pro end of its market, either, announcing a new Leica DG Vario-Elmarit 50-200mm f/2.8-4.0 ASPC telephoto zoom. Allowing for the 2x crop factor of the Micro Four Thirds sensor, the new lens was the equivalent of a 100-400mm f/2.8-4.0 in full frame terms, while remaining a pretty manageable size – one of the advantages of smaller lens formats.

TIPA judges handed the Lumix G9 the Best Mirrorless CSC Expert award, while the GH5S came away with Best Professional Photo/Video Camera. Even the ZS200 (TZ200) squeezed in, barely two months after its launch, winning TIPA's Best Expert Compact Camera award. TIPA stands for 'Technical Image Press Association', by the way. It's a body of industry experts that meets annually to hand out accolades.

So wait, the Panasonic G9 came in ahead of cameras like the Sony A7 III and A7R III? Er, not quite. They came top in separate 'full frame' and 'high resolution categories', but a win is a win, nonetheless.

May 2018: Panasonic gets tough with the Lumix FT7

The rise of smartphones has led to a general shrivelling of the compact camera market, but demand for underwater compacts still seems pretty buoyant (sorry) and tempted Panasonic into releasing another iteration of its tough FT series. The Lumix FT7 packed in a 20.4-megapixel sensor, 28-128mm equivalent zoom lens, a compass, an altimeter and 22 different creative effects. Available in orange, blue or black, it was waterproof to a depth of 31m, designed to survive being dropped from a height of 2m and able to withstand a 100kg crush force.

Panasonic also found time for some firmware updates for existing cameras. The Lumix GH5, GH5S and G9 all got autofocus improvements, improved sound quality and the addition of Panasonic's swanky L. Monochrome D & Grain effect picture modes, plus a few other model-specific tweaks and fixes.

Like other camera makers, Panasonic took a break in the summer but came back strong in August with a new version of its highly-rated LX100 premium compact. Equipped with a multi-aspect Micro Four Thirds sensor and classy external controls, including an old-school shutter speed dial and aperture ring, the LX100 was a big hit with quality conscious experts who didn't fancy lugging around a DSLR all day. The Lumix LX100 II refreshed the winning formula with a higher resolution 17-megapixel sensor (up from 12 megapixels) but kept the same excellent Leica DC VARIO-SUMMILUX f/1.7-f/2.8 fixed zoom lens (24-75mm equivalent).

So up to this point, it was shaping up to be a regular sort of year for Panasonic, with a couple of new G-series cameras, a couple of compacts, a lens or two... and then September happened.

September 2018: and then the Photokina madness

September 2018, for those who aren't yet sick to death of hearing about it, is when the huge Photokina 2018 exhibition took place in Cologne. Camera makers try to keep back their really big news for events like this, and that's exactly what Panasonic did. Rumors had been circulating for some time that Panasonic would be announcing a new full frame mirrorless camera system, so the we were all on the edge of our seats (to be fair, the seats weren't that big).

So Panasonic started off by celebrating the ten-year anniversary of the Lumix G system and the camera that started it all, the Lumix G1. Ten years? Really? It was a nice camera, to be fair, so... well done Panasonic. But there was more, right?

Indeed there was. Panasonic announced a new Lumix Pro scheme, whereby professional users would get priority support and servicing, complimentary maintenance such as sensor, EVF or body cleaning or a lens calibration, access to loan equipment when turnaround time cannot be met and various other membership benefits. Other camera makers offer similar schemes for pros who need to keep working even when their camera equipment doesn't (keep working). So, this was leading up to an announcement about a pro camera, maybe?

Then we learned that Panasonic had developed a fast, wide-angle Leica zoom lens with a 10-25mm focal length and a constant f1.7 maximum aperture. That's pretty impressive, but this was a lens designed for the Micro Four Thirds format, so there were no full frame hints here – even though the prospect of a 20-50mm equivalent f/1.7 lens is pretty tantalising. Try doing that with a full frame sensor!

But then, at last, came the big reveal. Panasonic was entering the full-frame mirrorless camera market with not one camera but two. The S1 would be a 24-megapixel jack of all trades like the Nikon Z6 or Sony A7 III, while the S1R would be a high-resolution 47-megapixel model to compete with the Nikon Z7 and Sony A7R III. Both cameras would be able to capture 4K video at 60/50p and both will have dual IS with both in-body and lens-based stabilisation.

Now THAT is ending on a high note. Panasonic has been pretty quiet in the run up to the end of 2018, but January often brings some more product news, so stay tuned. In the meantime, you can catch up with everything we know so far about the new Panasonic S1 and S1R.