Once you wrap your head around the fact the OnePlus Nord CE 5G is significantly cheaper than the original Nord, it becomes easy to argue away the lack of optical image stabilization, plastic body and lack of polish. What you do get in the Nord CE 5G is a 5G phone with a respectable camera system in well-lit environments, a gorgeous screen, plenty of storage and decent battery life.

The OnePlus Nord CE 5G launches almost a year after the original OnePlus Nord (opens in new tab) – a charming phone with an attractive design, optical image stabilization on its 48MP camera and fast 5G mobile data speeds. You’d be forgiven for thinking the Nord CE 5G was a successor to the Nord; but it isn’t – at least not by our standards.

At £299 (about $420), the Nord CE 5G undercuts last year’s fine-looking and dual-selfie camera-toting OnePlus Nord. It also switches out that glass back for plastic, and sports one, not two front cameras. On the subject of cameras, the optical image stabilisation (OIS) on the main module last year is gone for the CE, and OnePlus has opted for a new OmniVision sensor instead of a tried and tested Sony option.

So do we write off the OnePlus Nord out of the gate because of inferior camera credentials in some key areas? No. Absolutely not.

For its price, the OnePlus Nord CE 5G crams a shed-load of goodness into its slender bod. For starters, the 90Hz Dynamic AMOLED screen is bound to impress, OnePlus’s interface experience is always a highlight, and the phone’s internals are more powerful than those of the original Nord.

The question is, has the CE done enough to knock the Nord down a peg or two in our best budget camera phones (opens in new tab) of 2021 ranking, or do its Omnivision sensor and lack of OIS hold it back from imaging greatness?

Measuring 7.9mm thin, it’s a mini-miracle the Nord CE 5G has managed to retain its headphone jack – a staple of budget phones, but something missing from more premium handsets. This is an instant tell-tale as to how OnePlus is positioning its newest Nord right in the lower mid-range category.

The back of the phone is a matte, frosted-metal-style plastic. We don’t mind the feel of the phone – it’s very well weighted and dense (in a good way). However, the iridescent finish of the Blue Void version we tested looks much less premium than the Blue Marble glass back of the OnePlus Nord and some other low-cost Redmi smartphones like the Note 10 Pro (opens in new tab). It falls somewhere between 80’s eyeshadow and blue bottle fly when it comes to shimmer-factor. We can’t speak to its other color options – Charcoal Ink and Silver Ray – though based on photos, they look like safer bets.

On the back of the Nord CE 5G, you’ll find a slight camera bump with three sensors nested within. The phone’s front is all screen, at the base is that headphone jack, a USB-C port and a mono speaker, while to the right side is the Nord CE’s power button. Notice something missing? Yep – unlike the original Nord and all premium OnePlus like the OnePlus 9 (opens in new tab) and 9 Pro (opens in new tab) phones, there’s no Alert Slider on the Nord CE 5G. As for the volume rocker, it’s on the left side along with the dual-SIM tray.

With its 6.43 inches screen size, the Nord CE is compact when compared to most Android phones we’ve reviewed of late like the 6.67-inch screened Poco F3 5G (opens in new tab), though still out-sizes the iPhone 12 mini (opens in new tab). Its 2400 x 1800 resolution is ample, resulting in a pixel density of over 400 pixels-per-inch, and with a Samsung-made Fluid AMOLED tuned by OnePlus, the Nord CE 5G shows off content perfectly for the price.

Other screen highlights of the CE 5G include support for sRGB and DP3 color gamuts, and thanks to a 90Hz refresh rate, which matches flagships like the Huawei P40 Pro (opens in new tab), menus and social feeds scroll smoothly.

The OnePlus Nord CE 5G’s main camera features an OmniVision OV64B sensor. We haven’t had the best experiences with the brand in the past, with phones like the Lenovo Legion Phone Duel disappointing when it came to imaging. The Nord CE 5G has a trick up its sleeve though – OnePlus’s smarts when it comes to photo processing. In turn, we’re keeping an open mind, and besides, the specs read well, matching a six-element  f/1.8, 26mm lens with a 64MP sensor featuring 0.7µm pixels and phase detection autofocus (PDAF).

As for the ultra-wide camera, it’s a fixed-focus 8 MP sensor matched with an f/2.3, 119-degree field of view lens. While there’s no telephoto camera on the Nord CE 5G, OnePlus has loaded up its trademark Mono-lens – a monochromatic depth sensor.

The front camera resolution is impressive at 16MP, so selfies should pack plenty of detail. Powered by a Sony IMX471 sensor with 1μm pixels and matched with an f/2.45 lens, while not ground-breaking, it’s up to scratch at the Nord CE’s price.

If you were hoping for a helping of Hasselblad on a budget with OnePlus’s first low-cost phone since the partnership was announced, sorry to disappoint. The camera interface is traditional OxygenOS (OnePlus’s UI), however, that’s no bad thing. Shooting modes include (in order of appearance within the UI), Video, Photo, Portrait, Nightscape, Pro, Time-lapse, Panorama, and Slow motion. While there’s no Hasselblad Pro mode, you do get an on-screen histogram when shooting in manual, up to 3200 ISO, and 30 second maximum shutter time.

While we’re still not convinced that OmniVision sensors can deliver flagship-grade photography, the OnePlus Nord CE 5G demonstrates the best implementation of one we’ve tested to date.

As with the Google Pixel series, when you take a shot, the image gets a live glow-up if you view it too quickly, going from pre-tuned to post-tuned before your eyes. The degree to which OnePlus’s processing improves the sensor’s output can’t be overstated – it takes a bad image and makes it look good. Ultimately, therefore, OnePlus has clearly invested in understanding the 64MP sensor’s nuances and pulls out the best from it.

Detail levels are good in bright environments. While it’s unfair to compare the CE to the original Nord without a caveat – the Nord is priced higher and features OIS, in well-lit scenes, photos from the two are comparable, though the original’s photos are a bit more vibrant. That said, in dark environments, the Nord CE 5G falls far behind.

The phone’s Nightscape mode makes a valiant effort to salvage low-light photos, so if you remember to switch to it (and have a stationary subject), you could be okay in dimly lit scenes. That said, anyone who knows they’ll need a fantastic low-light camera, the Nord CE 5G isnt’ going to be it. 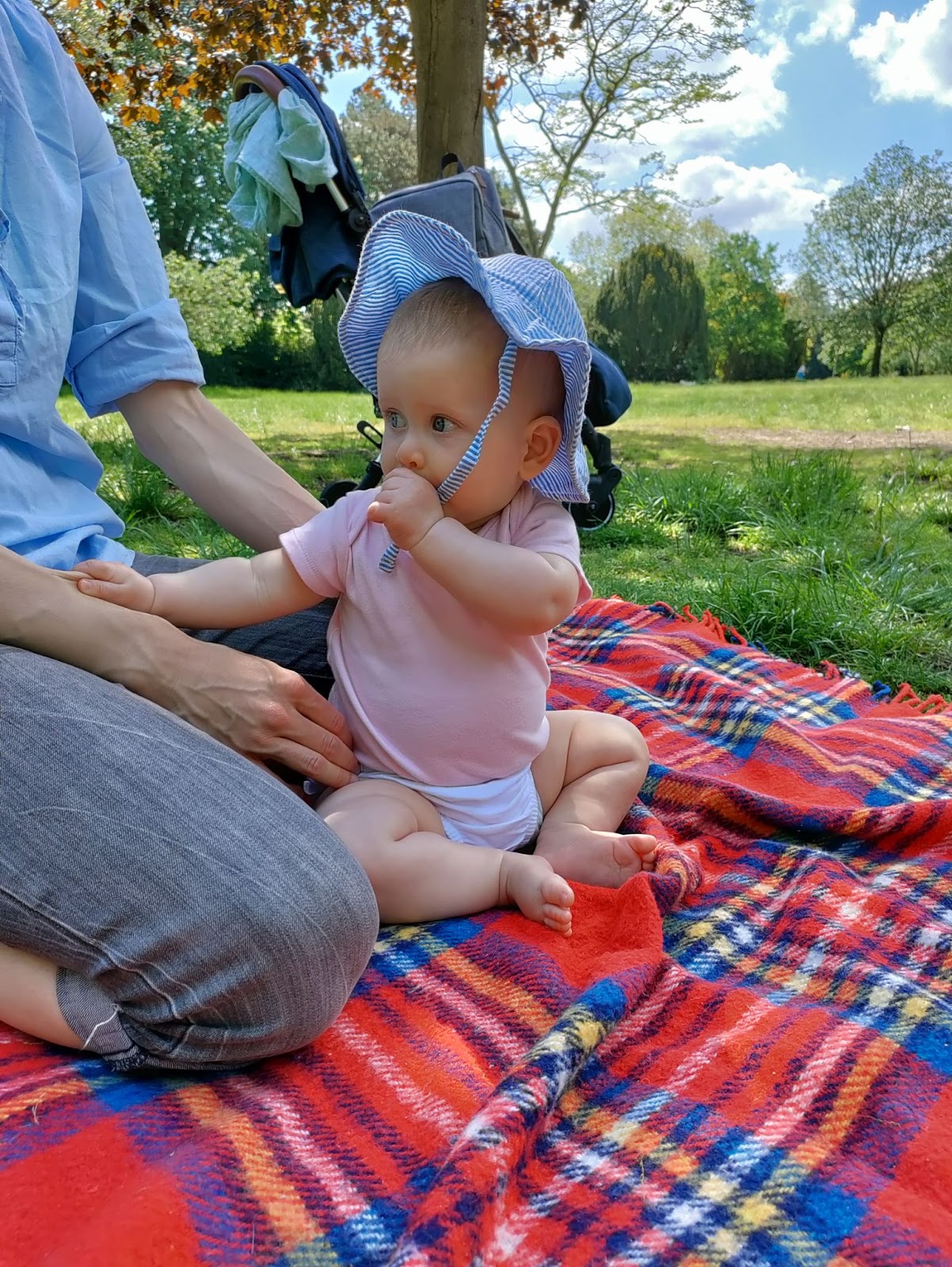 Photos from the Nord CE benefit from auto HDR, which makes for some wonderfully balanced shots in bright environments. The camera can also pull out a degree of soft focus when capturing a subject close-up.

While the fixed-focus ultra-wide camera is nice to have and does a fine job when you feed it good light and a handsome landscape, zoom into the corners and there’s clear softness in the edges. While not a deal-breaker, it’s worth noting as it’s more pronounced than on some other smartphones.

As for the 16MP selfie camera, while its photos are exactly what you’d expect from a OnePlus mid-range phone – sharp and relatively flattering without being over-beautified, the single camera’s portrait mode is more hit and miss than the original Nord. Specifically, it struggled with curly hair, and face masks – a very 2020/21 problem that smartphone makers could do with addressing.

Video captured on the OnePlus Nord CE 5G climbs up to 4K resolution at 30 frames per second (fps), or 60fps if you drop the resolution to 1080p. OnePlus has near-perfected EIS on its flagships, and this trickles down to the Nord CE, making for stable footage. That said, low-light performance is where video starts to fall apart.

The Nord CE is slightly more powerful than phones like the original Nord and Google Pixel 5 (opens in new tab), both powered by Snapdragon 730G chips. In the CE, we get the upgraded Snapdragon 750G, and it’s paired with either 6GB, 8GB, or 12GB RAM. We tested the 12GB RAM version.

Running Android 11 with OnePlus’s OxygenOS over the top, the Nord CE has fantastic app support, with full access to the Google Play Store. OnePlus’s interface is also stable, polished, and looks excellent on the Nord CE’s smooth AMOLED panel.

With 128GB or 256GB storage, whichever capacity you opt for, you likely won’t have any issues with installing huge apps and saving plenty of music and video content for offline entertainment. That said, if you think 128GB might not be enough for you, opt for the higher-capacity option. After all, the Nord CE doesn’t offer SD card expansion.

Rounding off, the 4500mAh battery inside the CE is ample, especially given how slim the phone is. We ended up with between 15-30 percent left at the end of the day in our week with the phone. Charging at up to 30W with OnePlus’s Warp Charge 30T Plus fast charging, the phone powers up by roughly 70 percent in 30 minutes, and 100 percent in a little over an hour.

When we heard OnePlus chose an OmniVision sensor for the Nord CE’s main 64MP camera, we weren’t too optimistic, based solely on our past experiences. We’ve been pleasantly surprised though. While the camera doesn’t perform well in lowlight environments, thanks to smart software, photos generally look good given the price of the phone, and video is held together steadily.

Where the Nord CE 5G’s real value shines through is in everything other than the camera. The thin phone packs an ample battery capacity, loads of storage, more power than pricier phones like the Pixel 5, and a 90Hz AMOLED display. It’s no powerhouse, and the Poco F3 would be the better 5G option for anyone who doesn’t mind some UI sacrifices in favor of extra oomph for gaming. Alternatively, the Poco X3 Pro (opens in new tab) is a 4G powerhouse alternative.

Having said that, if you love a 3.5mm headphone jack, need 5G and want an AMOLED display at under £300, the OnePlus Nord CE 5G could be the perfect phone for you, even if it isn’t the best camera phone (opens in new tab) money can buy.