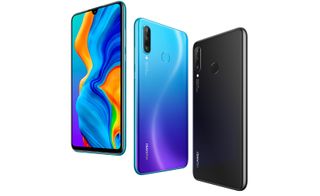 Four Chinese camera phone manufacturers are working together to create an app store experience that will enable developers to upload their apps simultaneously to all four of their app stores with just one click. Having recognized how devastating a turned off Google tap can be for an Android manufacturer, the four brands: Huawei, Oppo, Vivo, and Xiaomi have formed this appy alliance.

If you’ve ever used a Chinese Huawei phone, you’ll know that without the Play Store, your experience in the west will be very handicapped. No banking apps, no Spotify and definitely no Facebook, which in turn means no WhatsApp or Instagram or any other Facebook-owned services. It hasn’t been feasible for most developers to devote an estimated day of dev work to port the apps from the Play Store to Huawei’s own app gallery.

That’s why the Huawei Mate 30 Pro, which launched after Huawei was banned from using Google Mobile Services (GMS), isn’t currently available in the west despite the fact it features one of the best cameras we’ve ever used on a smartphone. This new multi-deployment system would be a huge step to help incentivize app developers to develop apps for non-GMS certified devices.

Reuters, who broke the news also highlights the regional power each of these brands has - Huawei is strong in Europe, while Xiaomi has a greater hold in India. Together, with control of over 40 percent of the world’s smartphone shipments in Q4 last year, app developers should take note of this news. Additionally, so should Huawei fans - this is the single most promising sign we’ve seen that Huawei’s upcoming smartphones could come back fighting after a difficult 2019.

While the new platform was originally meant to launch in March, owing to the recent coronavirus outbreak and the impact it’s having on Chinese manufacturers, this has been delayed. With any luck, however, this could be the catalyst for the upcoming Huawei P40 Pro, expected to be a world-class camera phone, actually launching around the world.

Reuters via The Verge