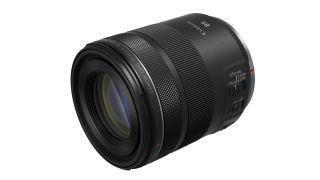 The newly announced Canon RF 85mm f/2 Macro IS STM is a very interesting and welcome development from Canon. It’s an affordable 85mm prime with a wide maximum aperture of f/2, but as it’s an IS STM lens (with a stepper motor, rather than the ultrasonic motor of pricier USM lenses) the manufacturer has kept the price right down.

Aimed at enthusiast portrait photographers, with its classic 85mm focal length the lightweight RF 85mm f/2 is great for capturing stunning portraiture with an attractive perspective. While not as fast as its f/1.2 siblings, the still-quick f/2 aperture on the full-frame R-system sensors renders shallow depth of field for beautiful blurred background and subject separation – even in low light conditions.

In addition to its portrait specialism, the RF 85mm f/2 also offers light macro capabilities. While it only offers a 1:2 reproduction ratio (rather than a ‘true’ macro ratio of 1:1 life-size), the 50% magnification and 350mm minimum focusing distance (or 210mm working distance) still enables you to capture fine details and small subjects.

The lens is compact, at just 78 x 91mm (with a filter size of 67mm), and weighs a mere 500g. It features a focus limiter for its macro functions, and like all RF lenses has a customizable control ring.

While image stabilization is useful in all lenses, here it’s doubly valuable as it covers both portrait and macro photography. It delivers 5 stops of IS as standard but, when used with the Canon EOS R5 and Canon EOS R6, can achieve a whopping 8 stops of stabilization.