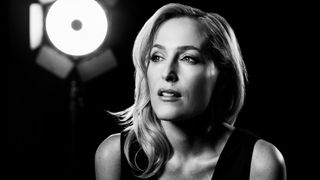 Rotolight has broadened its lighting range with the Anova PRO 2.

The fourth generation of Rotolight’s studio and location light, the Anova PRO 2 provides a light output of 10,700 lux at 3 feet – a 70% increase on its predecessor, the original Anova PRO.

Rotolight also claims that the panel's 72W power consumption not only trounces it competitors, but also makes it one of the most energy-efficient LED panels ever designed.

The Anova PRO 2 is said to provide photographers with faithful colour reproduction (CRI>96, TLCI 91) and electronically adjustable colour temperature in both its continuous lighting and flash modes.

The unit also features a host of applications for broadcast and television/film production. These include a customisable selection of Rotolight’s CineSFX modes, which are specific lighting presets that can be controlled wirelessly if required.

The high-speed sync capability of the Anova PRO 2 has been upgraded from the previous unit to 1/8,000sec, with a 250% boost to its power and zero recycling time.

Like its predecessor, the Rotolight Anova PRO 2 has a circular shape, which the firm says will provide a “naturally soft, flattering light output”, as well as a catchlight effect for portraiture. The flash and continuous light functions can also be used in tandem with one another. So, if you’re shooting portraits in dark conditions, you can use the continuous modelling light to acquire focus on your subject, then the flash to properly light them.

Rotolight has also released a selection of portraits lit with the Anova PRO 2 to show off its capabilities. You probably already noticed Gillian Anderson at the top of the post, but take a look below – you might just recognise a few more of the faces featured.

The Anova PRO 2 will be available from December, priced at £1,249 (ex VAT)/ €1,399/$1,625. It will ship with integrated DMX, V-lock battery plate, wireless Elinchrom receiver and a kit of four filters, while other accessories will be available to purchase separately. Visit Rotolight for further details.