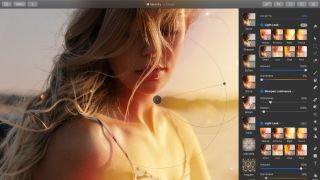 Pixelmator Pro is a speedy, powerful image-editing tool designed around the Mac and its inbuilt graphics technologies. It's also pretty cheap and deserves to be better known.

This brand new version uses the Mac’s own Core ML 2 (machine learning) framework to apply no fewer than 37 different adjustments to your images. It analyses photos to detect objects, enhance colors and bring out details and Pixelmator’s creators say it’s artificial intelligence (AI) has been trained using no fewer than 20 million professional photos.

It arrives hot on the heels of the Adobe MAX 2018 conference and news of the new versions of Photoshop and Lightroom.

AI is becoming a real buzzword in image-editing right now, not least in Photoshop Elements 2019, though Pixelmator Pro’s ML Enhance mode isn’t designed to take over from your own manual adjustments and render humans obsolete. If this artificial intelligence does fix your photos perfectly that’s great, but it’s also designed to offer a starting point for your own manual enhancements.

It’s not the only new feature in the Pixelmator Pro 1.2 update, though, as the new version uses the Mac’s Automator app to introduce batch processing. Five new actions have been added, which doesn’t sound a lot, but between them they make every single color adjustment and effect in Pixelmator available in Automator.

They include an Auto Enhance action which uses the new ML Enhance feature for automatic image corrections, Auto White Balance Images, Apply Color Adjustments to Images, Apply Effects to Images and Change Type of Images – which coverts photos from one format to another.

Pixelmator Pro 1.2 is not just a photo editor

Photo editing enhancements make a up a big part of this update, but Pixelmator Pro is also for creating graphic designs, painting digital art, and creating vector graphics based drawings and illustrations.

In this new version, designers get access to colorful SVG fonts, and if you need quickly shoot and add a photo with your iPhone, you can use macOS Mojave’s new Continuity Camera to do it, dropping a picture straight into the document you’re working on.

Pixelmator Pro also comes with a new ‘light’ interface mode and a reworked native ‘dark’ mode to tie in with the new macOS Mojave Light and Dark modes. It also supports Quick Actions, which means you can edit images right in the Finder without opening Pixelmator Pro.

Pixelmator Pro 1.2 ‘Quicksilver’ is available exclusively from the Mac App Store and is currently on sale for $29.99, which is 50% off the regular price. You will need a minimum of macOS High Sierra (Mojave, ideally) and a Metal-compatible graphics card.

Read more:
What is an AI powered camera?