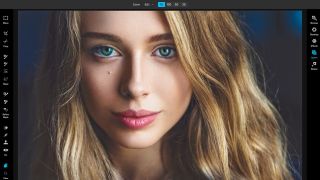 ON1 has announced a significant update to its Raw software, ON1 Photo Raw 2018.5.

The software now includes camera profiles for a variety of different models (now including Fujifilm), allowing you to replicate what you see on the back of your camera with non-destructive edits.

The new version will also have the option to hide JPEG copies of files shot in Raw+JPEG mode, making for a less cluttered library, though the software will apply all metadata or file changes you make to the JPEG as well as the Raw file.

It’s also possible to nest albums inside other albums for better organisation, and if you import from Lightroom, your nested albums will come along for the ride. Presets can also be organised in a nested category structure.

Elsewhere, there are plenty of tweaks to functionality and features. Brushing performance is better, the Filmstrip function has also been refined for streamlined editing, and the Transform tool has new functions. One particularly welcome introduction is Background Export; here, the software can now process exporting tasks in the background, allowing the user to work on other tasks while it’s finishing.

The update will be released in June, and if you keep an eye on ON1’s website you’ll be able to see video teasers of the new features that are on their way.

Read more: 15 of the best apps for photographers