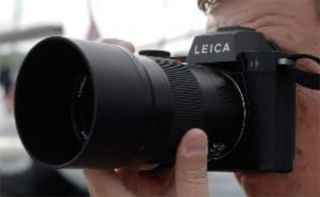 As we already reported back in September, the Leica SL2 will have a 47MP CMOS sensor (which will apparently be the same as in the Leica Q2). It will also have Wi-Fi and Bluetooth, which will allow you to transfer both JPEGs and RAW files across to your phone through the Leica Fotos app.

The Leica SL2 will also have 4K video (although anyone holding out for 6K, or even 8K, might be disappointed). Plus, there will be a new 'Cine mode' - which sounds very mysterious, as we're not exactly sure what this will entail.

Much of this information has already been discussed, as the Leica SL2 has been subject to rumors and leaks since June. However, there are also a few new details to examine, as reported by Leica Rumors. Apparently, the Leica SL2 will have In Body Image Stabilization (IBIS) and an electronic viewfinder that's similar to the Panasonic Lumix S1R.

However, one of the most exciting parts of the rumored specs regards the Leica SL2's weight. When we last wrote about the SL2 rumors, we specifically mentioned how clunky and heavy the original Leica SL was (847g!). Considering it was machined from two solid blocks of aluminum for ultimate endurance, its weight isn't particularly surprising.

However, we were hoping that the updated Leica SL2 would shed a few grams - and it looks like this will be the case. Apparently, the new SL2 will be made from magnesium, rather than aluminum, and will be lighter. This should provide a much more comfortable user experience - although we just hope that there's not too much compromise on the quality of the build.