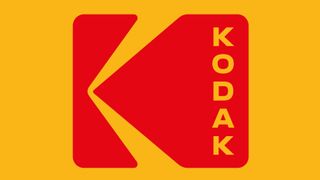 Earlier this week Kodak secured a $765M loan from the US government in order to pivot to producing ingredients for generic drugs used to fight coronavirus. Ever since the announcement was made on Tuesday, Kodak's share price has risen exponentially, giving the company the biggest boost it's received in the past couple of decades.

This sudden change in Kodak's fortunes won't only please the company executives – anyone with the foresight to invest in Kodak before this announcement will have seen their stock rise by over 2,000%. On Monday night, Kodak stock closed at $2.62, but after the announcement it hit an impressive peak of $60.00.

Jim Continenza, Executive Chairman of Kodak, said, "Kodak is proud to be a part of strengthening America's self-sufficiency in producing the key pharmaceutical ingredients we need to keep our citizens safe."

Out of all of the film photography-related companies, Kodak arguably suffered the most when the digital camera revolution hit. Just eight years ago, Kodak filed for bankruptcy protection and began to sell off assets in order to stay afloat. One of Kodak's main strategies over the past few years seems to have been to license out its name to outside companies. This has lead to the Kodak name splashed across a variety of ventures, including iPhone accessories, 3D printers and even Bitcoin (yes, really).

This $765M loan from the US government could be exactly what Kodak has been needing to turn the company around and make it profitable. However, only time will tell if Kodak is able to permanently change its fortunes with this much-needed injection of cash.