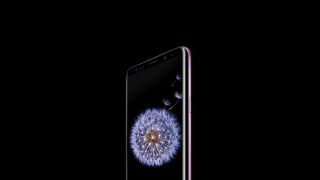 According to new information by Gizmodo UK, the phone is set to have the hole-punch display - that was revealed on the Samsung Galaxy A8s - and will follow in the footsteps of the Huawei Mate 20 Pro and have three lenses on its rear.

While three lenses have indeed been confirmed, according to the report, what these lenses will be has not. Earlier leaks have suggested that they will be standard, wide and tele but there's still no news as to whether one of them will use a 48MP sensor.

Given, the Honor Play 20 has one and Xiaomi has been teasing its own 48MP camera, there will be certainly be disappointment from Samsung fans if this isn't the case.

The confirmation of the hole-punch selfie camera is a significant one, however. The Infinity-O display was only shown off earlier this week and its inclusion means that this will be a phone with no notch.

If that wasn't enough, it seems that earlier leaks of three different variants of the S10 are indeed true. There is set to be a: 5.8-inch, 6.1-inch and 6.4-inch screen.

The 6.1-inch screen version will have up 512GB worth of storage but if you want more then the Samsung Galaxy S10 Plus will have up to 1TB of storage!

If you want this phone, though, it will be one of the most expensive on the market with a reported price of £1399.

The Samsung Galaxy S9 is riding high in our best camera phone list, so we have high hopes that the S10's imaging capabilities.