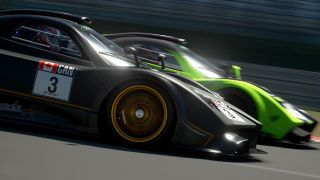 Sometimes art imitates life, and sometimes life imitates art in return. Such is the case with the news that Getty Images has been named the official photographer for the Gran Turismo esports league on Sony PlayStation.

Getty's association with Polyphony Digital, developer of the enormously Gran Turismo racing game series, began during the 2019 season when it covered the World Tour events at the Nürburgring, New York, Salzburg, Tokyo and Sydney, as well as the World Finals in Monaco.

The official partnership is the latest in Getty's storied 25-year history, which has seen it partner with major sports leagues and governing bodies including the International Olympic Committee, National Basketball Association and Ultimate Fighting Championships.

So how does this actually work – how do photographers take photographs of a virtual motor racing event? Well, it's the latest evolution of virtual photography – a rapidly growing genre of photography that enables photographers to use the same in-game cameras that display the in-game world in videogames.

By making the same choices as they would do in 'real' photography – focal lengths, apertures, locations, lighting, position and composition – photographs can be taken in-game with the same technical acumen and integrity as they would be on a conventional DSLR or mirrorless camera at the side of a race track.

“This partnership with Polyphony Digital signifies the next phase of sport photography and the true growth that is occurring across the esports landscape,” said Getty Images Global Head of Content Ken Mainardis.

“Getty Images has long been at the forefront of innovating through its sport photography and by creating in-game imagery with expert motorsport photographers, Getty Images is staying ahead of the curve to deliver premium esports content to our customers around the world.”