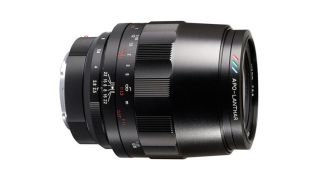 Among the new announcements at CP+ in Yokohama, Japan, Cosina has announced three new Voigtländer-branded optics, two for Sony's E-mount and one for the Leica M system.

Let’s take a look at each in turn.

With a generous f/1.2 maximum aperture, the Nokton 50mm for Leica M mount should prove popular for portraits.

Thanks to the 12-bladed aperture, Cosina promises attractively soft bokeh in the out-of-focus areas, while the short minimum focusing distance of 70cm allows photographers to get close to their subjects.

The lens is constructed of eight elements in six groups, with two aspherical elements among these. It measures only 49mm in length, which makes it fairly compact, and it can accept filters with a 52mm thread diameter.

A wide-angle prime for Sony’s E-mount cameras, the Color-Skopar 21mm has been optimised to produce a clean, high-quality images from edge to edge.

Constructed of nine elements in eight groups, it uses a ten-bladed aperture and measures just 39.9mm in length. Cosina says the closest focusing distance of the lens will be just 20cm, allowing for extensive close-up possibilities, and it's also been designed with a filter thread of 52mm.

Finally, we have another lens for Sony E-mount. As indicated by the name, this is a 'true' macro lens, with a 1:1 reproduction ratio, able to focus at a minimum distance of just 35cm.

Cosina claims to have “thoroughly” eliminated optical issues such as chromatic aberrations, and the lens uses a floating structure to ensure optimal quality. It's constructed of 14 elements in 12 groups, and uses a 10-bladed diaphragm.

Pricing and availability for all three lenses is yet to be determined. In the meantime, keep an eye on the official website for announcements.

Read more: 8 bizarre lenses you can use with DSLRs and mirrorless cameras