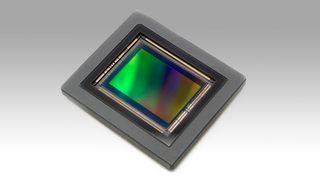 Details regarding a new 83-megapixel image sensor have been revealed by Canon, which could very well be the sensor powering the high resolution Canon EOS R (possibly called the 'Canon EOS RS') that's expected later this year.

An 83MP sensor would tally with previous reports, claiming that the new camera will possess an image sensor somewhere between 75 and 100MP – a huge step up on the 30.4MP of the existing Canon EOS R.

Information regarding the sensor came courtesy of a story by Canon News, which uncovered an otherwise innocuous patent for improved focus accuracy that mentioned an 83.06MP sensor with 11,150 x 7,450 pixels. From the patent:

Such a description could simply be used as a hypothetical example for the purposes of the filing. However, as the website concurs, we cannot recall Canon ever using such hypotheticals in patent filings in this way.

It therefore seems plausible that the 83MP sensor is actually a working example, and this could be our first concrete tip as to the resolution of the hi res 'Canon EOS RS', which is said to have a megapixel count "way beyond the Sony A7R IV" and its 61MP sensor.

Precious little else is known at this stage but, since the camera industry is appalling at keeping secrets, we expect more information to creep out sooner than later.