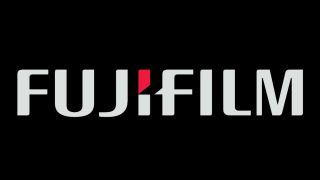 The camera industry was rocked when Canon CEO Fujio Mitarai predicted that the market would shrink 50% in the next 2 years. However, the head of Fujifilm's imaging division profoundly disagrees – and, in fact, sees the potential for market growth.

Iida cited the Asian market in particular, with its enormous population, and noted that while some countries may show decline, others will turn to growth – which would ring true for the global market. And, while Mitarai blamed his predicted market shrinkage on the actions of phone manufacturers, Iida insists that camera manufacturers are responsible for the health of the camera market.

"I think it all depends on what innovation and what influence comes from the manufacturers. It's our mission to make the market viable. So I think our projection is there's a lot of room even to grow further in the camera market."

Indeed, while the market as a whole is experiencing continued decline, the Fujifilm X-T3 performed 40% better than the X-T2, and the company's recent third quarter fiscal report was 10% above projections. A sharp reminder that the industry is about more than just the full-frame mirrorless Band Aid that Canon, Nikon and Panasonic are trying to place over the wound.

"We don't believe that all of the customers will go to full-frame. At the moment, I think the proportion of full-frame is probably one-third of the market by value," said Iida. "Two-thirds of the market is non full-frame, which is predominantly APS-C, Micro Four Thirds, and some medium-format as well.

Obviously time will tell. Mitarai's prediction that the market might be cleaved in two by camera phones over the next two years may yet be true, but Iida's thoughts that growth remains in the non full-frame majority is certainly born out by Fujifilm's current success. Is it down to APS-C, Micro Four Thirds and medium-format to save the camera market? The next 24 months will be very interesting…

Smartphones could halve camera market in two years, Canon warns
Camera market has collapsed 84% since 2010
The best Fujifilm cameras in 2019