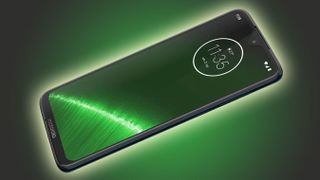 The best budget camera phones these days benefit from the features of high-end phones trickling down the product line. This has been the case for years, of course, but some important changes happened in the last year or so.

Shop around and you’ll find budget Android phones with dedicated night modes for far better low-light images, and Motorola even offers models with triple-camera arrays with both wide-angle and telephoto lenses. What more could you want?

Well, as affordable phones develop, so do the best camera phones with top price tags. If you want 'periscope' lenses capable of 100x zoom shots, stabilized 4K video or a true high-end sensor, check out our best camera phones guide; there you’ll find the world’s top performers, like the Samsung Galaxy S20 Ultra and iPhone 11 Pro.

Here we will focus on phones that suit a lower, and perhaps more sensible, budget. Even cheap phones can now take excellent photos during the day, and those with multiple focal lengths are perfect for travel and street photography.

You can spend significantly less than £200 and still get an excellent phone with multiple useful cameras on the back – and if you're looking for even cheaper handsets (so cheap that you can treat them as disposable), take a look at the  best burner phones. So, here's the best of the budget range…

$219.99
View at Newegg
Good day-lit images
Charming glass and metal design
Has 4K video mode
Not the fastest CPU at the price
OIS not great, given low-light image quality

The Moto G7 Plus’s camera hardware is unusually good considering its price. It has a 16-megapixel Sony IMX519 primary rear camera, the same used in the far more expensive OnePlus 6T. The lens aperture of f/1.75 is wide for a budget phone too, and the selfie camera has the same 12-megapixel sensor used as the standard Moto G7’s main camera.

And the results? The Moto G7 Plus is very strong in daylight. Its images are sharp and detailed, and make those of its newer sibling, the Motorola One Vision, look slightly soft.

Caveats are the norm for Moto’s cheaper phones. The low-light image quality is not as good as you might hope considering the use of relatively high-quality hardware and optical stabilization. There are many worse phone cameras for low-light images in the budget range than this, but the Moto G7 Plus is still a little better on paper than it is in practice.

Nevertheless, the Moto G7 Plus is one of our top budget recommendations, even in the narrower context of this list. It has a curved glass rear too, usually only seen in far more expensive phones, metal sides and a good notched 6.2-inch screen.

Camera quality is one of the main reasons to buy a Pixel 3a. It uses the same Sony IMX 363 main sensor as the top-end Pixel 3. This is a 12-megapixel 1/2.55-inch sensor with 1.4 micron sensor pixels.

The main camera is stabilised and, like the Pixel 3, uses the OIS motor when shooting 2x digital zoom images to capture far better photos than most other phones without a dedicated “telephoto” camera. Google calls this Super Res Zoom, and it combines multiple exposures taken from a fractionally different position, in order to extrapolate information “between” the sensor’s own pixels.

This is pretty clever, and there are only slight differences in image quality between the Pixel 3a and Pixel 3. Looking side-by-side at the results, the character of image texture is a tiny bit different in some areas. There’s only one selfie camera too here. The top-end Pixel phones have two.

Outside camera, the Pixel 3a has a plastic body and mid-range Snapdragon 670 CPU. This phone is saved by its unusually capable camera. It would not seem half as good value without it.

This is the budget version of what many would call the best phone camera ever, as of mid-2019 anyway, the Huawei P30 Pro, though it’s not easily available in the US..

It has a triple rear camera array to keep that essential character, although predictably lacks the 5x zoom of that phone. In fact, there’s no zoom at all. One camera is an ultra-wide, another a dedicated depth sensor, and the primary camera uses a 48-megapixel sensor, of the kind that became very common in 2019.

The phone shoots 12-megapixel photos as standard, but they have the intense dynamic range optimisation we’ve come to expect from Huawei and Honor phones. Severely overexposed areas in images are fairly rare unless you take exposure metering into your own hands.

Some of the classic higher-end touches of the Huawei P30 Pro et al are here too. There’s a dedicated night mode that takes several seconds to shoot an image, but lets you do so handheld. Sadly the results aren’t a match for those of the top-end Huaweis. But what do you expect for a fraction of the price? They still elevate the P30 Lite above the average for low-light performance.

Versatility is the real benefit here. You get an ultra-wide camera, the depth mode offers a lot of control over the virtual aperture, and Huawei’s blurring algorithms are good.

The Huawei P30 Lite also has a glass back for a touch of high-end class, although its sides are plastic.

The Honor 20 Lite is the sister phone to the Huawei P30 Lite. They share the same parent, which is why you often see Huawei and Honor phones that look eerily similar.

Their cameras are not the same this time, but both have the big selling point of a triple rear camera array. There’s no zoom, but you do get a basic 8-megapixel ultra-wide camera and a very basic 2-megapixel depth sensor.

The primary sensor is different too, a 24-megapixel chip rather than a 48-megapixel one. It tends to perform slightly worse in most conditions, but the difference is not huge. You still get a lot of additional modes, some of which are actually useful to a photographer.

The prices of these two phones are all over the place. At one point they were quite similar, but at the time of writing the Honor 20 Lite is substantially cheaper.

There is one other fairly major cut in the Honor, though. Its back is plastic rather than glass, so feels like a much cheaper phone. Both have a rather brilliant 32-megapixel selfie camera that, judging by its performance across light levels, makes clever use of pixel binning to max-out detail.

Is there such a thing as a cheap iPhone? Not unless your definition of a budget phone is very loose. The iPhone 7 is the oldest, most affordable iPhone Apple still sells. It starts at £449 for the version with 32GB storage, but some Androids at the price offer four times as much.

The good news is the iPhone 7’s camera still holds up pretty well in daylight. It's not the best iPhone for photography you can buy, obviously, since there have been many new models since. Nevertheless, the iPhone 7 has a camera from the age where we had already locked onto high-quality 12-megapixel sensors.

Like other iPhones, the processing is tasteful and the in-app image preview is more faithful than just about any cheap Android’s.

However, general image quality and night shots in particular aren’t close to a match for the cheaper Pixel 3a’s. Sometimes tech fans can talk up the annual improvements in phone cameras too much, but three years of progress really adds up, particularly given the focus on low-light quality we’ve seen in the last 18 months.

The iPhone 7’s night photos are pretty poor for a phone of this price, in 2019. However, the experience of actually using the camera is still excellent.

Why does Motorola have another phone at almost the same price as the Moto G7 Plus? The One Vision is a little different. It has Android One software rather than Motorola’s own interface. And this means it looks a lot like a Google Pixel phone.

The One Vision is also one of several 2019 mobiles to use a 48-megapixel main sensor. But unlike the rest, it’s a sensor made by Samsung rather than Sony. This is the GM1, a half-inch sensor with 0.8 micron sensor pixels. The techniques it uses are just like those of phones with the more common Sony IMX 586 48MP sensor. Four pixels are binned together for lower noise and better low-light performance.

The results? Motorola’s One Vision performs well at night for a budget phone. But in daylight the Motorola G7 Plus’s more conventional camera is actually sharper. There’s a second 5MP rear camera on the Motorola One Vision too, but it’s used for depth mapping only.

Other notable parts include an ultra-long 21:9 screen ratio with a punch hole and 25-megapixel selfie camera.

The newer a phone company is to a country, the more likely it is to try to appeal to us with low prices. And Oppo only achieved mainstream distribution in the West recently, even if it is already a gargantuan success in countries like India.

We consider the Oppo Rx17 Neo a good alternative to the Moto G7 Plus. It has a 16-megapixel primary camera and a very basic 2-megapixel depth sensor.

Just like the Moto, day-lit results are very good. There’s solid dynamic range optimization for every image you capture, and good detail across the board. Like most sub-$300 phones, low-light conditions are the enemy, particularly as the Oppo camera is not stabilized.

Which would we pick between the Oppo and the older Moto G7 Plus? We’d likely pick the Moto, for reasons outside the camera. While the RX17 Neo has a snazzy in-screen fingerprint scanner, it’s not particularly fast. And the metal and glass design of the G7 Plus is much nicer than the Oppo’s plastic shell.

Keen gamers should consider the Oppo, though, as it has a significantly faster Snapdragon 660 CPU.

The Asus Zenfone 6 flips convention on its head, paradoxically creating a phone with both no selfie camera and the best selfie camera around. How? Its primary rear 48MP + 13MP camera array perform a mechanical switcheroo, so you capture selfies with the phone’s best snapper. This could be the ultimate vlogging and Instagram addict’s smartphone as a result, but there’s also plenty of other stuff to love here. Packing a huge 5000mAh battery, the Zenfone 6 comfortably lasts a day, and the phone also sports true flagship power, without breaking the bank. While it doesn’t feature an OLED screen, which we’d have loved to have seen, it’s edge to edge display still looks impactful. In addition, the Zenfone 6’s primary camera isn’t as good as the main camera’s of the rest of the phones in our list, but it’s still a standout camera phone thanks to its ingenuity and selfie picture quality.

• The best camera phones you can buy today
• Which is the best iPhone for photography?
• 10 iPhone XS and iPhone XS Max camera tips and tricks