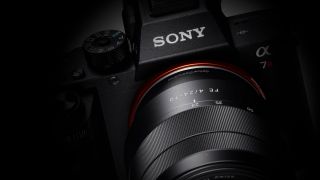 Over the year I’ve used a number of cameras from different manufacturers, and I’ve owned two Sony mirrorless cameras – one of which I still own today and absolutely love.

1. Use Back Button AF

This is a very common across today's cameras, and what it does is allow you to focus independently of the shutter-release button.

I find that separating the shutter-release and focus controls helps to prevent me from accidentally taking shots before they are in focus (and also when you didn’t mean to). It’s also great for composition as you can focus on your subject in the middle of the frame and then recompose the shots, which is useful as some cameras have a limited number of focus points.

2. Use your grid lines

I always have the grid lines enabled on my camera, whether I'm using live view or the camera's electronic viewfinder.

I find the rule of thirds is the best setting as it’s the most common aid for composition, but I also find it great for making sure my horizons are straight.

One thing I love to do with my cameras is make them work more for my way of shooting, rather then being told that the buttons do a specific job and nothing else. The great thing with Sony cameras is that there are multiple Custom buttons, typically around three to five that are located around the body, and which can be set to pretty much any setting available in the camera.

This saves you having to go through all the menus to find that one setting you need, but it doesn’t stop there; you can pretty much change any of the buttons that are on your Sony camera to anything you desire.

There's no rule of thumb as to how you should change these as everybody shoots in their own way. I would, however, recommend that you start by setting the 'C' Custom buttons to your desired settings and taking it from there.

The more you use the camera the quicker you’ll appreciate the settings that are most important to you. Incidentally, the Fn button also provides quick access to commonly used settings, and the options within this can also be changed to taste.

4. Turn off all beeps

This is probably the easiest setting and something everybody should do as there’s nothing more annoying than hearing a constant beeping from somebody trying to focus their shot.

You can change this by going to the toolbox icon at the end of the menu tabs and selecting 'Audio Signals'.

Silent shooting options have been around for some time but, in all honesty, they were never silent – or even particularly quiet.

What DSLR manufacturers have traditionally done here is to separate the actions of the mirror and shutter as the image was being captured, but both could still be heard.

The silent shooting option on Sony's cameras, however, is completely silent. I’ve seen it on the new Sony A9 as it was shooting at 20 frames per second, and it was unbelievable.

It's a great feature for wedding photographers during the ceremony and also wildlife photographers who don’t want to disturb their subjects.

Current page: How to get the best out of your Sony camera