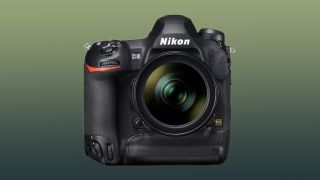 Nikon USA has announced that it will officially be ending its authorized repair program in early 2020, which means that if you want to get your Nikon camera fixed your options will have dwindled from a healthy bounty of 15 independent shops to an anaemic choice between two facilities located at either end of the US.

This is because each of the 15 Authorized Repair Station members are about to become non-authorized repair shops, which Nikon stopped selling genuine parts to in 2012. It seems unlikely that these independent shops will continue to have access to the speciality components, software, tools, manuals and model training that Nikon has previously given - although, it's worth mentioning that Nikon hasn't actually clarified this as of yet.

In an exclusive scoop by iFixit, Cliff Hanks, the parts manager for Kurt's Camera Repair in San Diego, California, says, "We need more information before March 31. We can make contingency plans, start stocking up on stuff, but when will we know for sure?"

iFixit obtained a letter from Nikon USA that states that it would not be renewing its agreement with the remaining Authorized Repair Station members. The letter said, "The climate in which we do business has evolved, and Nikon Inc. must do the same… [We] must change the manner in which we make product service available to our end user customers."

So, what does this mean for consumers? Well, the cost of repairs might go up. Not only will you likely have to ship your Nikon camera further, but the lack of independent shops mans that there will be less competition on price - meaning that Nikon's two repair facilities will hold the monopoly.

It might also mean that you'll end up waiting longer for your fixed kit to get returned to you. iFixit stated that they'd sent their "own camera for repairs including sensor cleaning and USB port replacement. Even living less than four hours away from Nikon's facility, some repairs leave us without cameras for two weeks or more." And this is before these facilities become inundated with 15x more repairs.

Considering Nikon is hovering in a fragile third place behind Canon and Sony in the camera market, this is definitely a frustrating move from the imaging giant. When you're investing thousands of dollars in a camera system, you're not going to want to be worried about long wait times and high prices if you need to get your Nikon camera fixed.

Nikon hasn't been particularly forthcoming with information about what will happen after 31 March so far, but we'll be keeping an eye on the situation. If we hear any further developments then we will update this story.

Best Nikon lenses in 2019: expand your Nikon system with these lenses
Best Nikon camera bag in 2019
Best wide-angle lenses for Nikon cameras in 2019: for DSLRS and Nikon Z