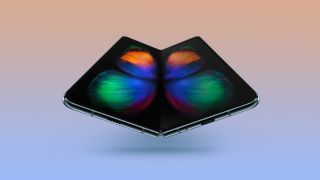 Anticipation for the Samsung Galaxy Fold 2 has been building for a while, with various rumors sprouting forth about what exactly this upcoming handset will look like. Some had initially wondered whether the Fold 2 would be coming with the S Pen stylus to complement the full 'phablet' size of the phone when fully unfolded.

However, it now appears that there won't be an S Pen addition to the Fold 2 – but there is a good reason for this exclusion. Apparently, Samsung hasn't yet been able to develop a cover window that's flexible enough to be folded, but sturdy enough not to be damaged by a stylus pen.

Samsung has decided that neither UTG and transparent polyimide film are suitable for the use of a stylus. However, on the bright side, Samsung is apparently working to increase the thickness of UTG so that it can withstand the pressure of a stylus.

So, while we might eventually see a Samsung Galaxy Fold with an S Pen, it doesn't seem that it'll be Fold 2.