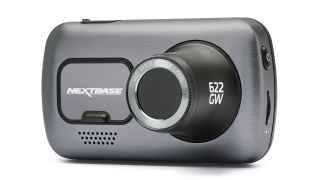 Nextbase has just revealed what they are claiming at the world's smartest dashcam. The 622GW is essentially the big brother to the Nextbase 522GW, which we reckon is one of the best dash cams currently available - but under the hood there is a lot of new features.

First up, the 622GW now offers 4K shooting, and in an additional (and perhaps more significant aid to image quality) adds digital image stabilization to reduce the inherent shake that you get when trying to record footage from a moving car. Although widely available on action cameras, this is the first time that EIS has been featured on a dashcam.

The 3-inch touchscreened 622GW also adds support for what3words... a relatively new geolocation system that gives the precise location of anywhere on the planet, to within a couple of feet, using just three words. This system makes it easier for those who have had an accident give precise details to emergency services. For example, the location of the Oval Office in the White House can be described with the tag score.later.loving

Other new features include:

• Support of 5GHz wifi, which will increase the speed at which you can download footage to your mobile phone.

The best home security cameras in 2020

The best helmet cameras in 2020