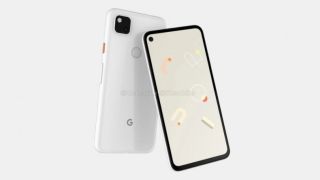 It seems that Google is looking to follow a similar strategy in 2020 as well, which will be good news for anyone who liked the Google Pixel 4, but wasn't a fan of the price tag attached. However, while Google brought out an XL version of the Google Pixel 3a last year, we've heard rumors that there won't be an XL sibling this time around.

We've rounded up the specs and features we'll be expecting from the Google Pixel 3a, when this upcoming handset will be released and just how much it will cost below.

Originally, the Google Pixel 4a was due to be announced at the Google IO 2020 event, which was expected to take place between May 12-14. However, due to the coronavirus pandemic, this event has been completely cancelled. Since then, we've heard a variety of rumors concerning the 4a's release date. According to a rumor out of Germany, the Google Pixel 4a was due to go on sale there on 22 May. A subsequent rumor then pushed that date back to 5 June and then another rumor set the date for 13 July.

However, this phone just keeps getting steadily pushed back and it unfortunately seems that we're going to be waiting even longer for the Google Pixel 4a to appear. While the Google Pixel 4a will apparently still be announced on 13 July, it seems we'll have to wait until October for its official release.

Where’s Pixel 4a?Here’s an update:AGAIN, it seems Google has delayed Pixel 4a 🤦🏼‍♂️Announcement still happening on July 13But in the system, it’s listed that the “Black” model now launching October 22 😬“Barely Blue” has been removed entirely...I’ll keep you updated. 🤷🏼‍♂️ https://t.co/UgsWJrYK4U pic.twitter.com/TX209u9JqbJune 13, 2020

In addition to this extreme delay, Prosser also reports that we'll only be getting one color of the Google Pixel 4a – the Black. The other color variant, the "Barely Blue" has apparently been eliminated entirely from the line-up.

While it could seem likely that this delay could have been caused by coronavirus-induced manufacturing issues, such as difficulties shipping parts or opening factories, it seems that the Google Pixel 4a wasn't pushed back due to any specific problems with the supply chain. Instead, Prosser points to 'market conditions' as the cause of the changed timeline. Now, this issue is likely due to be due to the impact of COVID-19, as the turbulent economic environment created by coronavirus doesn't help consumer confidence.

Apparently, the Google Pixel 4a will reportedly be priced at €399 in European countries. This isn't too far off the price point of the newly released iPhone SE, which currently starts at €479. The Google Pixel 4a is now rumored to be priced from $349 in the US, undercutting the best cost the bast cost of the new  iPhone SE by $50.

UPDATE 25/06: While the last we heard about the Google Pixel 4a's release date was that we wouldn't see the handset officially arrive until October, there have recently been some rumblings that we could possibly be seeing it a little sooner. The news has broken that a Google smartphone has been registered by the USA's FCC. While there's no official word that this is the Google Pixel 4a, all signs point to this being the mysterious handset.

As reported by GSMArena, the FCC lists a Google phone with three different model numbers – G025N, G025M and G025J. The last one is likely to signify the US model. These documents also reveal that Google will be using an e-label for the handsets, as this will keep the back of the phone devoid of any markings.

The FCC filing as has a complete list of wireless bands that the Google Pixel 4a will support, which you can see in the image below.

Google Pixel 4a specs and features

A follow-up to the Google Pixel 3a, the Google Pixel 4a is rumored to have plastic housing with an OLED panel and a screen size of approximately 5.81 inches. The battery capacity of the Pixel 4a will reportedly be 3080 mAh and the charge should be 18 watts. It will apparently have 6GB of RAM, 128GN of storage and will come in either a 'Just Black or 'Barely Blue' shade.

The main rumors point to the Google Pixel 4a having the Qualcomm Snapdragon 730 processor, which is a mid-range SoC with eight cores. However, XDA Developers ran an investigation that discovered prototypes that ran both the Qualcomm Snapdragon 730 and the Snapdragon 765. If you're wondering why this is significant, the 765 chipset is designed to power 5G hardware. This means that there could be at least one version of the Google Pixel 4a that might be capable of 5G.

The main camera of the Google Pixel 4a will reportedly be 12MP, while the front camera is likely to be an 8MP camera. It appears that the selfie camera might be housed in a punch-hole design in the top left of the screen, which would be a first for  a Pixel phone.

The YouTube channel TechnoLike Plus has a prototype of the Pixel 4a and has been exploring its features in different videos over the past few months. According to TechnoLike Plus, we won't be seeing the Active Edge feature that many Google Pixel phones have.

The Active Edge feature gives you the ability to squeeze the side of the phone to summon Google Assistant. It's been a staple feature of the Google Pixel phones over the past few years, including the Google Pixel 3a. However, the 'a' series of Pixel phones are designed to be more affordable than their counterparts, so it's likely that the Active Edge feature might have been scrapped to make way for more impressive specs in other areas.

However, it is worth noting that TechnoLike Plus is using a prototype phone, so it might be possible that Google has added the Active Edge feature since the channel got its hands on a Pixel 4a unit.

Will there by a Google Pixel 4a XL?

Well, the short answer is no. The longer answer is that there were initial plans for an XL version of the Pixel 4a, but they've since been scrapped. According to GSMArena, the Google Pixel 4a XL would have a camera with two lenses, an LED flash and a spectral/flicker sensor. It would have also had a fingerprint reader on the back to allow users to unlock the phone.

You can see above what the Pixel 4a XL would have looked like in comparison to the Google Pixel 4a. However, from everything we've heard, we wouldn't expect to see the XL version appear any time soon.