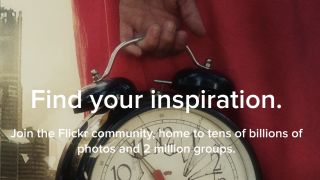 Flickr attracted attention for all the wrong reasons recently, with the revelation that it will be stopping its free terabyte storage initiative and introducing a 1,000 image cap.   If that wasn't all, it would start deleting users' images as of January 2019 in a bid to reduce them to that limit.

"Freely licensed photos are deeply important to us. After SmugMug acquired Flickr, one of the first meetings we had was with Ryan Merkley, the CEO of Creative Commons. We want to keep that partnership alive and strong, and we are actively working on how to grow it for the future," noted the blog post.

"Whatever changes come in the years going forward, the importance of these photos will always matter to us.

"We not only want to preserve the photos we have, we want to keep partnering with organizations such as libraries, museums, and government agencies to contribute to The Flickr Commons as well."

Understandably, the news has gone down well with those at Creative Commons. They went to Twitter to show their appreciation.

Thank you to @DonMacAskill @SmugMug for their commitment to preserving the millions of CC licensed photos on @Flickr We look forward to seeing how communities continue to grow on the platform, working together for a more equitable and innovative future.https://t.co/txh6xTtAWgNovember 7, 2018

A small caveat to this is that a Pro subscription is needed to keep these photos on the site, but this will be given out free to NGOs, government orgs and institutions.

Free users beware, though, you only have a few months left to protect your images.