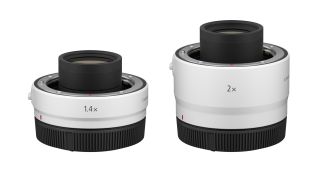 After debuting them in February, Canon has launched its Extender RF 1.4x and Extender RF 2x teleconverters for the EOS R family of cameras. However, their reception has been somewhat dampened by their compromised compatibility with current RF lenses.

Teleconverters are a great way to shoot at longer focal lengths, by extending the reach of your existing telephoto lenses, without the extra cost of investing in a whole new lens. This is especially useful with a young ecosystem like Canon’s full-frame mirrorless lineup.

These two new Extenders are compatible with three RF optics; unfortunately, however, none of them is the Canon RF 70-200mm f/2.8 IS USM, which is a lens that many photographers would want to use with a teleconverter with.

Again, however, there are compatibility caveats. Such is the physical construction of the latter lens that both teleconverters can only be used at focal lengths between 300-500mm. While the adapters are smaller than their EF counterparts, the interior parts protrude and prevent them working below 300mm.

The full compatibility and focal length / aperture conversion is as follows:

While it’s obviously disappointing that the 70-200mm won’t work at all with the teleconverters, and the 100-500mm only half works, both the 600mm and 800mm primes are fully compatible – and the prospect of a 1,600mm focal length on an R-system camera remains incredibly exciting.