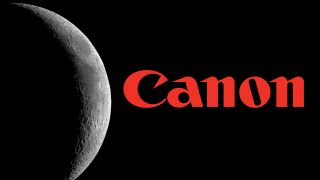 Canon has patented a brand new autofocus technology for focusing on celestial bodies such as the moon and stars, making the shooting process much easier for astrophotographers.

In short, contrast AF performs focus using contrast evaluation values on luminance signals obtained from the image sensor. In essence, it finds focus by identifying the point of contrast between a bright object (such as a star) and a dark object (such as the night sky).

Phase detect AF, on the other hand, uses a pair of line sensors to form light beams from a subject and calculates the defocus amount by calculating the phase difference between the two image signals.

While phase detection it is typically faster and more accurate, in astrophotography the focus may shift during shooting. According to the patent, which was spotted by Canon News:

"When a zoom lens is driven with the moon located at the center of the screen and focus adjustment on the moon is performed, there is a case in which it is impossible to focus on the moon depending on a situation. The situation includes, for example, when the shape of the moon is close to the new moon, when the cloud is hanging on the moon, and so forth.

Thus, by pairing the two AF systems depending on the position of the primary subject (or by establishing the position of surrounding subjects, to help identify it), Moon Shooting Mode makes obtaining focus much easier.

While Canon is notorious for filing innumerable patents, many of which don't see the light of day, Moon Shooting Mode seems like something tailor made for marketing a new camera, and it seems likely that we'll be seeing it appear in new models in the future.

Astrophotography: How-to guides, tips and videos on getting your best shots
"Earth-size telescope" captures first ever photograph of a black hole
8 tips on photographing the total solar eclipse in July 2019