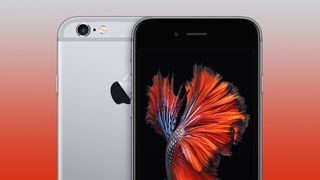 Apple's latest substantial operating system update for the iPhone is due to be launched at the WWDC (Worldwide Developers Conference), which will be held online this year. The launch of iOS 14 will surely bring some exciting updates, but there's one question that users of older phones, such as the iPhone 6s and iPhone SE (2016), will be pondering – how many iPhones will be supported by this latest iOS?

Luckily, those hanging onto older phone technology will be pleased to hear that iOS 14 will reportedly support every device that's currently running iOS 13. This is good news for anyone who was worried that being shut out of a new iOS would force their hand into buying a new phone.

This news comes via The Verifier, who found clues in early development code of iOS 14. The publication was also able to verify this with an unnamed trusted source from the system development process. The total list of devices that will be able to run iOS 14 is as follows:

While this is great news for iPhone 6s, iPhone 6s Plus and iPhone SE users, there is a dark cloud hidden in this silver lining. Apparently, there will be no further updates for both of these phones and they won't be included in the line-up for iOS 15. However, if you have an iPhone 7 or iPhone 7 Plus, then you can expect to receive updates until iOS 16, so you'll be protected for the next two years.

So what can we expect from the iOS 14 update? Apparently, one of the upcoming features we could see is called 'Clips', which will allow you to run apps without having to install them. There's also talk of a list view option for the home screen, which could also be an interesting shake-up for iPhone users.