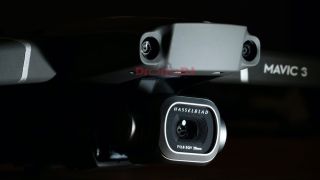 2019 was a particularly dry year for drone news, with nary a peep heard from the biggest drone manufacturer in the world, DJI. This was seemingly partly due to the fact that drone legislation around the world was being updated to reflect the new capabilities of technology today.

However, with the updated EU drone laws due to come into effect in June 2020, DJI is now free to manufacture products without worrying that new legislation might render them obsolete.

Luckily, it appears as if last year's quiet period has given DJI plenty of time to prepare to attack 2020 with aplomb. We've heard rumors that not one, not two, but three drones are going to be appearing this year.

Rumors website Drone DJ has collected the latest DJI rumors in one place. The first juicy tidbit of information revolves around the DJI Matrice 300. Apparently, a number of US-based DJI employees travelled to China last week to prepare for the launch of the Matrice 300. This new drone is reportedly due to be launched before the end of February, so more details and specs may be surfacing over the coming weeks.

However, this isn't the only exciting drone rumor to examine. It initially seemed as if the DJI Mavic 3 was going to be launched towards the end of January, but now it appears that we could be in for a much longer wait. Apparently the announcement of the Autel EVO II drone, with its impressive list of specs, caused flutters of worry at the DJI headquarters. It now sounds as if DJI are working hard on improving the specs of the DJI Mavic Pro to make it more competitive.

And lastly, the DJI Mavic Air 2 might be DJI's first new consumer drone with ADS-B to be launched in 2020. ADS-B receivers are able to warn drone pilots about air traffic, including planes and helicopters. This makes the drones much safer to operate.

According to Drone DJ, the DJI Mavic Air 2 will have a better design, a slightly longer battery life, better quality 4K video and an Ambarella processor. We might also see new motors, new props, a slightly improved camera angle and 360 degree obstacle avoidance.

Well, there you have it. Three new shiny DJI drones will be landing on our digital doorsteps in 2020, and we can't wait to see how they perform. We'll be keeping you updated on all the news and rumors as they break, so make sure to check back!