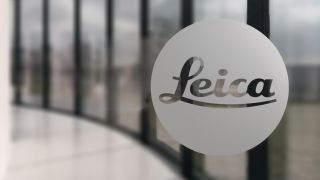 Earlier in the month, DCW was invited by smartphone manufacturer Huawei to tour Leica's headquarters in Wetzlar, Germany. Having announced a long-term partnership at the start of 2016, the two companies have worked closely to ramp up the photographic capabilities of smartphones, the fruits of this being Huawei's Mate and P series models.

The newest arrival is the Mate 10 Pro, and there's plenty on board to tempt the photographer. The star is the Leica-branded, dual-camera system on the rear, with a 20MP RGB sensor paired with a 12MP monochrome one, and a lens in front of each that has an impressively wide f/1.6 aperture.

Throw in optical image stabilisation, Raw shooting, control over shutter speed and ISO and even an electronic levelling option, and you end up with a feature-set that starts to rival that of a typical enthusiast compact camera. We're currently putting the phone to the test to see just how well all of this works – in the meantime, here's a look at what we saw during our visit.

Dubbed Leitz Park, and about a forty-minute drive away from Frankfurt, this complex has served as Leica's official headquarters since 2014. The main building is designed with what Leica is best known for in mind, with curved walls echoing the styling of its cameras and a spiralled roof that appears like a roll of film from above.

The inside is as minimal as you'd expect from Leica, with a massive open space, plenty of light and clean, white walls. Various Leica photographers working across a raft of different genres have their images on display here, with one display dedicated to some of the most famous images to have been captured using Leica cameras. So, Robert Capa's Death of a Loyalist Soldier and Alberto Korda's iconic portrait of Che Guevara, for example, through to more contemporary works by the likes of Bruce Gilden and Jeff Mermelstein.

At this point you're presented with a selection of cameras that have, in some way, been important steps for the company through the years. Among them is a prototype of the Leica I and the company's M-series rangefinders, right through to its more recent S system.

This is all a tease for what comes next: an long passageway with cabinets running down its centre, each filled with cameras, lenses, sports optics and various other photographic instruments from the company's history.

Before you manage to see much of this, however, you're distracted by what's happening on the other side of the large windows that appear to your side.

Workers sit at two desks, preparing elements destined for lenses. Everything is handled with the kind of care and precision you would expect from Leica, but it's clear that everyone knows exactly what they are doing are are able to work efficiently.

You carry on down the passageway, and you can now alternate between the cabinets full of equipment – which themselves would take a good deal of time to properly go through – and the different windows. In addition to these, Leica has peppered this with interactive displays to explain what's going on and small presentation cases showing otherwise unappreciated components inside its models.

All of this gives you a great idea of how the company has adapted to the needs on the photographer over its history, and reminds you of some older gems (Minilux, anyone?). This is also a good place to spot rare and limited-edition models that you'd probably have trouble tracking down elsewhere.

You carry on walking to the next windows along, where you find workstations as far as you can see. It doesn't appear particularly busy on the day we visit, with many unoccupied stations, but everyone works calmly. It's hard to know exactly what everyone is doing as it's not possible to actually enter this space, but it appears as though some Leica M10 models are being assembled, with one model just about to have the door to its battery compartment fitted.

At this point, we head up to the roof to get a better view of the surrounding area. The complex is still being expanded, with another building currently being finished opposite the main one. See that ball in the centre of the roundabout? Look closely and you'll see it's a globe with a big red dot to show Leica's headquarters.

Like what you see? You can grab a camera, lens or something small to remind you of your experience from the shop close to the exit.

During our visit, we also had a chance to quickly drop into a small forested area next to the main building, and came across this intriguing hut. Sadly we didn't get to pop inside, but we assume whatever goes on in there has something to do with Leica's range of spotting scopes and binoculars.

If you want to visit Leitz Park yourself, head over to Leica's website for more information on how to do so.