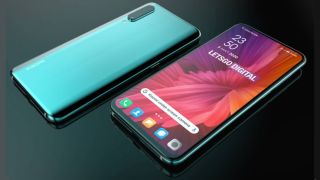 For many camera phone fans, the selfie camera has continually been a bone of contention. Whether it's housed in a notch or a punch-hole, the front-facing camera can't help but disrupt the display. However, in June 2019 Chinese camera phone manufacturers Xiaomi and Oppo displayed a prototype phone with a selfie camera incorporated under the screen, a development in technology that would swiftly solve the selfie camera problem.

However, this camera phone prototype was far from being able to be put into production. Oppo and Xiaomi both announced afterwards that the image quality of the under display camera just wasn't quite up to scratch. This is apparently because the camera wasn't able to receive enough light through the display, so the photos come out looking too dark.

However, the concept of an under display camera captured the imagination of camera phone users, who are eager to see this technology hit the market.

While a patent doesn't necessarily mean that the technology will definitely come to market, it's certainly exciting to see that camera phone manufacturers are continuing to explore this new technology.