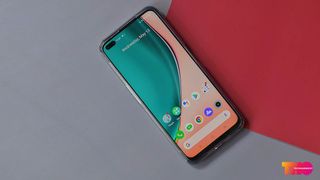 The Realme X3 SuperZoom isn't due to be announced until 25 May, but the specifications have been leaked due to the Thai website Tech Hangout posting its full review. This was likely an accident, as the article has now been taken down. However, the page has been cached through Google, so we can explore what the Realme X3 SuperZoom will have in store for us before its official announcement next Monday.

According to the prematurely posted review, the Realme X3 SuperZoom will sport a periscope camera, a Snapdragon 855+ SoC and a 6.6" LCD screen with a 120Hz refresh rate and Full HD+ resolution. The X3 SuperZoom will also have 12GB of RAM and 256GB of internal storage and will have a fingerprint scanner on the side that also doubles up as a power key.

As reported by GSMArena, the back of the Realme X3 SuperZoom will have a quad camera setup. Its main shooter will be a 64MP camera with Samsung's ISOCELL Bright GW1 sensor, but it'll also have an 8MP f/2.3 ultra wide camera with a 119º field of view. One of the most exciting aspects of this upcoming handset is a 8MP f/3.4 periscope lens, which sports an impressive 5x optical zoom and OIS (Optical Image Stabilization). The last camera in the quad setup is a macro lens to capture close-ups from up to 4cm.

Meanwhile, the front of the Realme X3 SuperZoom features a 32MP selfie camera and an 8MP f/2.2 ultra wide camera with a 105º field of view. This impressive quad camera line-up, including expensive periscope camera technology, is sure to interest camera phone enthusiasts.

Pricing and availability for the Realme X3 SuperZoom are yet to be announced, but we'll likely hear these details on the official launch day next week.