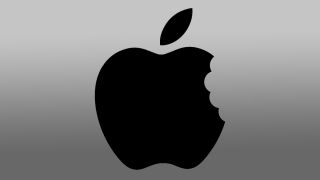 Apple has had yet another bite taken out of its share of the camera phone business – this time by Chinese phone manufacturer Oppo, which has officially usurped the American giant for third place in the global camera phone market.

The Cupertino company sold 6 million fewer iPhones in Q2 2019 than it did during the same period in 2018, which translated to a 15% decline in market share and an 11.8% decline in revenue – enough for Apple to slide out of the word's "big three" phone manufacturers.

That's according to the latest findings by IHS Markit (by way of Business Insider). Despite some of the best camera phones we've ever seen, shipments have continued their year-on-year decline, having failed to rise since Q3 2017, with Apple taking yet another battering.

However, despite the ongoing slide in camera phone sales, four companies have managed to see growth during the quarter – that being the new "big three" of Samsung, Huawei and Oppo, along with tenth-ranked upstart Alcatel.

Samsung remains the dominant camera phone manufacturer, with a 23% market share. This standing only looks set to improve, with the release of products like the Samsung Galaxy S10+ and the announcement of a new 108MP, 6K image sensor.

Surprisingly, given its political plight in the United States, Huawei saw growth of 8% and now enjoys an 18% share of the market. With the company fighting back against the Google blacklisting by launching its own operating system, HarmonyOS, the Trump administration may have given Huawei even more autonomy.

The real surprise, though, is the continued growth of Oppo. Apple's 15% decline coincided with Oppo's 13% growth, and the Chinese manufacturer now holds an 11% market share.

IHS only sees Oppo's position strengthening over the coming year, thanks to its partnering with European carriers during the rollout of 5G networks: "Even without significant market share in many of European markets, OPPO is demonstrating its value to European carriers and is setting itself up for more growth this year."

So what, then, does the future hold for Apple and its downward trend? IHS describes it as "a trend that is unlikely to be fixed soon," as the company "still faces two key challenges: super-premium pricing for its latest models and insufficient price elasticity in its older models to drive significant additional shipments of two-to-three-year-old devices."

While the iPhone 11's three-camera array is certainly a big step for Apple, it's still a few steps behind the rest of the market. The once-innovative company is now playing a constant game of catch-up, and it's being increasingly outpaced in the race.

iPhone 11 camera is really, really ugly
Best iPhone for photography: do you need an iPhone XS or will an older iPhone do?
The best camera phone in 2019: ultimate smartphone cameras compared