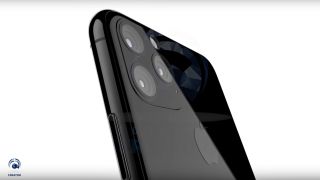 After months of camera phone leaks, rumors and renders, the closest thing to official confirmation has come that the iPhone 11 will launch later this year in a trio of flavors – with the premium models set to feature triple-camera set-ups.

While Apple has very much been booted to the back seat when it comes to the best camera phones, recent troubles for the likes of Huawei and Samsung have left a definite gap for the Cupertino company to climb back into the driver's seat.

This latest information comes not from the usual Twitter leakers,  but from Ming-Chi Kuo – the leading analyst at TF International Securities, whose industry insider insights make him one of the most reliable sources of Apple info.

According to his latest predictions, as reported by the Express, Apple will as speculated release a trio of iPhone 11 models this year. What's more, two of the three will also feature three cameras – a huge step forward for iPhone photography.

This jibes with earlier leaks and renders of the new iPhone, depicting it with an all-new three-camera array. It looks like those claims have all but been proven accurate.

According to Kuo, there will be two premium versions of the phone that will serve as direct successors to the iPhone XS and XS Max. These will bear a dedicated primary, telephoto and ultra-wide camera.

The third version of the iPhone 11, set to be a follow-up to the iPhone XR, will possess a dual-camera array consisting of a primary and telephoto sensor.

While the triple-camera array will obviously result in a very different looking rear for the premium devices, the front of all three iPhones is said to be largely the same as the previous models – which is to say they will feature all-screen designs with a notch for the selfie camera.

As ever, none of this is fact until it's confirmed by Apple. However, Kuo's track record is such that his word is good enough for us.