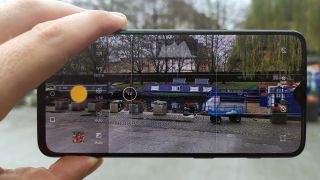 The OnePlus 7 and OnePlus 7 Pro are set to arrive in May 2019, with a grand unveiling on 14 May. The big news with the OnePlus 7 Pro is a new 3-camera array said to offer a real 3x optical zoom function, supplemented by a 10x digital zoom.

This latest information is via Wired, which has been able to use the phone at a special hands-on event at the Azerbaijan Formula One Grand Prix. Wired remarks favourably on the new zoom function, the camera’s Auto HDR mode and natural-looking results.

The new 3x zoom does seem a step up from OnePlus’s previous attempt, the 2x ‘zoom’ in the 2017 OnePlus 5, which actually came from a 1.6x lens cropped to a larger magnification. We think the current OnePlus 6T  (pictured) is pretty good so with its new optical zoom capability the OnePlus 7 Pro looks like it will be a strong contender for one of the best camera phones available this year.

More information on the OnePlus 7 Pro

OnePlus has been steadily teasing details of its new phones via social media and even newspaper ads, perhaps trying to make up for lost time against already-announced rivals like the Samsung Galaxy S10+ and Huawei P30 Pro. The OnePlus 7 Pro will not have a time of flight depth sensor, we’re told, but it is likely to be significantly cheaper, not to say simpler, than its rivals.

The only other information we have about the OnePlus 7 Pro right now is that it will support 5G and will have no notch or bevel.

Stay tuned for the official OnePlus announcement on 14 May!

• The best camera phones you can get right now
• Camera phone rumors: what we think is coming, and when