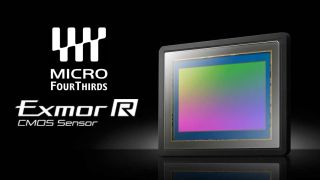 Sony has revealed a new high-resolution Micro Four Thirds image sensor, which would deliver 47MP shooting and 8K video to Olympus, Panasonic and other cameras using the standard.

This would enable Micro Four Thirds cameras to shoot with more megapixels than most full-frame mirrorless cameras, bringing its resolution in line with hi-res models such as the Sony A7R series.

The Sony IMX492LQJ sensor fact sheet, spotted by 43 Rumors, describes a 47MP Exmor R multi-aspect sensor, with 41MP resolution when shooting in a standard 4:3 ratio and 35MP in 17:9.

This new sensor could offer a fresh lease of life for the Micro Four Thirds standard, especially in terms of photography, that seemed to have plateaued at 20.4MP in stills cameras such as the Olympus OM-D E-M1X.

The promise of 41MP imaging and 8K, 12-bit video would theoretically make an Olympus OM-D E-M1 Mark III or Panasonic GH6 every bit as powerful as full-frame mirrorless cameras – something that seemed unlikely just a few months ago, with the megapixel gap seeming to widen insurmountably.