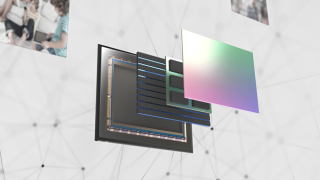 An apparent and very eyebrow-raising leak has revealed what is claimed to be a new APS-C image sensor from Sony, boasting 43-megapixel resolution and capable of 8K video at 12-bit.

This would be an incredibly potent new sensor, and breathe significant new life into the APS-C format – which had peaked with the 32.5MP sensor used in the Canon EOS 90D and Canon EOS M6 Mark II, after previously stagnating at what seemed to be a ceiling of 26MP.

The leak raises many questions, namely which camera or cameras it could be destined for. EOSHD, which first broke the news, believes that such a sensor would be destined for the Fujifilm X-H2 – a camera that Fujifilm has thus far been completely non-commital on whether or not it will ever actually be released, with persistent chatter that the H line has been cancelled.

FujiAddict, meanwhile, believes that Sony will keep the new sensor for itself: "This seems like an APS-C a7SIII NEX equivalent chip to me and we know Sony is coming hard for Fujifilm because they started getting more serious about their NEX (APS-C) line of lenses last year."

However, the biggest question raised is the legitimacy of this supposed new sensor.

The Sony IM671AQR, to give its full apparent product name, is said to be a 43MP BSI affair capable of 8K 12-bit video with high-speed readout, stacked DRAM, and up to 16-bit A/D Conversion for stills. In all, a ferociously powerful sensor – provided that Sony actually has the capacity to produce it, given its siphoning of DRAM from cameras to produce the PlayStation 5.

This sensor looks too good to be true, and it very well could be. After all, we've seen similar unicorn-like sensors from Sony before – such as the 41MP, 8K Micro Four Thirds sensor that was leaked last September, but is still yet to actually appear on Sony's official Semiconductor Solutions Group product page.

Which isn't necessarily to say that the sensor doesn't exist; just that we've been here before, and been disappointed. With The Photography Show 2020 and Photokina 2020 both imminent, the new sensor – or, more likely, the camera that uses it – could make a surprise debut. But we recommend preparing a pitcher of salt, just in case.

Fujifilm X-H1 review
The best APS-C compact cameras
The best Sony camera in 2020: from Cyber-shots through to Sony Alphas