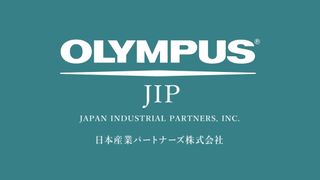 Of key interest to existing Olympus users (as well as Panasonic, Blackmagic and other Micro Four Thirds systems), it was confirmed that JIP will honor the existing lens roadmap. This is obviously a huge deal, as Olympus makes many of the best Micro Four Thirds lenses.

It was also announced that JIP will assume Olympus' R&D and manufacturing operations – the former being crucial, as it forms the backbone of the innovations (including everything from optical designs to stabilization systems to Live ND filters and Pro Capture) that have kept and will keep Olympus equipment relevant.

Also of relevance is JIP's commitment to "delivering value-added products and services to customers" and "building an attractive company for employees", with a mind to seeking growth opportunities for the new company rather than simply asset-stripping it to turn a quick profit.

Of course, the elephant in the room is what the new company will actually be called. As we've previously covered, there are reports that the Olympus brand name could be dropped after the sale, but the new statement neither confirmed nor denied the information.

It did, however, somewhat ominously state that, "The New Imaging Company would assume and build growth strategy around the renowned Zuiko, OM and other brands, featuring optical and lens technologies developed and cultivated by Olympus over decades."

Reading between the lines, it certainly appears that JIP is only committing to using the OM, PEN and Zuiko, brands – though of course, plenty of things could change by the anticipated sale completion on 30 September.

The full joint statement is below.

Olympus Corporation (“Olympus”) and Japan Industrial Partners Inc. (“JIP”) signed a memorandum of understanding on June 24th regarding the carve-out of Olympus’ Imaging business to a new company (the “New Imaging Company”) and the subsequent transfer of its shares from Olympus to funds managed, operated and advised by JIP.

Founded in 2002, JIP, a leading private equity firm based in Tokyo, specializing in corporate carve-out investments, targets revitalization of traditional businesses in Japan and has provided capital and management support to businesses carved out from established companies.

JIP’s investment principle is to realize potential growth opportunities by making maximum use of existing business foundation and technologies that the investee companies and businesses have. JIP believes that by delivering value-added products and services to customers and by building an attractive company for employees, the business will be able to realize its full potential and seek growth opportunities.

The New Imaging Company would assume and build growth strategy around the renowned Zuiko, OM and other brands, featuring optical and lens technologies developed and cultivated by Olympus over decades. Assuming the R&D and manufacturing frameworks, the New Imaging Company would commit to deliver high quality and reliability products and services to the Olympus customers around the globe.

On July 2nd, Olympus made a global announcement regarding the latest M. Zuiko Digital Lens roadmap. The lens introduction plans presented in this roadmap will continue to be carried out even after the business transfer occurs.

New product development for each product category within the Imaging business will continue and we will keep you up to date as we make progress.

Olympus and JIP will make all necessary preparations for a smooth transfer of the Imaging business, and JIP is committed to make maximum efforts so that the new company will increase its presence within the global market as a vibrant and energetic venture.