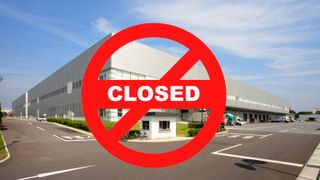 As the coronavirus outbreak continues to spread panic and alarm across the world, businesses are clearly starting to feel the strain – and the camera industry is no exception. Canon has recently announced that it's temporarily shutting down five factories on Japan's Kyushu island due to supply shortages from China.

With most camera manufacturing occurring in the countries that have been worst hit, including China and South Korea, we're not surprised to see that factories are beginning to be affected.

As reported by Nikkei (and Google-translated), "Canon said that it will suspend operations at its five offices in Kyushu, which produce cameras and related products, for about two weeks from March 2 to [March] 13. The supply of parts from China may become unstable due to the new coronavirus. The operation date will be re-assigned to a different date within the year, but details will be finalized in the future.

"The company hopes to maintain production efficiency by operating when parts supply is stable [sic]. The target is a total of five manufacturing subsidiaries in Oita, Miyazaki and Nagasaki. The company produces SLR cameras, interchangeable lenses, network cameras (surveillance cameras), etc. At the moment, no employees have been infected."

Nikkei goes on to report that Ricoh (who also owns Pentax) has also decided to suspend the operation of some of its production lines in Miyagi Prefecture until 6 March.

It's not clear what these five factories produce, as Canon manufactures its products in factories in both Japan and China. However, the higher-end products tend to be produced in Japan. Rumor website Canon Watch even suggests that there's a possibility that this could affect the release of the Canon EOS R5. However, with the closure only planned for two weeks, if there are any knock-on effects on camera availability, then they should be minimal.