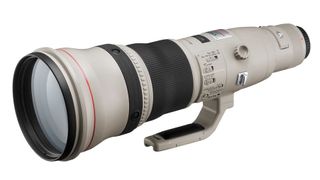 Back in February, the manufacturer told us about the Canon RF 100-500mm f/4.5-7.1 L IS USM (along with the 1.4x and 2x RF mount teleconverters) and teased that five additional lenses would be released this year. And now, thanks to the ever-reliable Nokishita, we now know with a high degree of probability what they will be:

This would give the Canon EOS R – and the upcoming Canon EOS R5 – an incredibly mature ecosystem, with virtually the entire focal range accounted for on the Canon RF lens roadmap.

Let's look at these in a little more detail…

Speaking of macro lenses, this is one that we've heard about for a while (with recent reports that it would be a 100mm in the same vein as the Canon EF 100mm f/2.8L Macro IS USM). The existing 35mm Macro only has a reproduction ratio of 1:2, so a true 1:1 macro lens is definitely needed. And again, we need a cheaper alternative to the incredible but incredibly expensive Canon RF 85mm f/1.2L USM and Canon RF 85mm f/1.2L USM DS lenses.

The Canon RF 70-200mm f/2.8L IS USM is an extraordinary lens, but again – it's an RF lens that's over two grand. A cheaper f/4 version will provide a more affordable option – and could be remarkably light and compact, too.

Here's where things start to get interesting! The EOS R system currently has the midrange covered, but lacks anything in super telephoto territory. This 600mm f/4 will be the first step in giving the RF mount a viable optic for long-distance coverage of sports and wildlife.