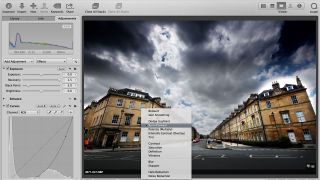 Development on Aperture officially ended in June 2014, but there had been signs long before then that Apple was growing tired of its professional photo organising and editing application. Lightroom was forging ahead with more and more advanced editing tools while Aperture’s updates were becoming more and more sporadic.

Now, in an announcement on Apple’s support site, the company says the next version of its operating system, the follow up to the current Mojave release, will not be compatible with Aperture. Until now, Aperture has been able to keep stumbling along with each new OS release, but we understand the last vestiges of 32-bit code will be removed in the new OS, leaving Aperture unable to run.

It’s a sad epitaph for a program many Mac fans felt was better than Adobe Lightroom, certainly from an organisational perspective, and one that would certainly have been on our list of the best photo editing software.

In the same technical bulletin, Apple does give help and advice on how to migrate Aperture libraries to its own more beginner-orientated Photos software or its one-time arch rival Lightroom. For Aperture fans, it's a bit like being advised on how to swap from a Ferrari to a Ford pickup.

Do you wish Lightroom could do this?

Lightroom is regarded by most as the bee’s knees for photo organisation, but there are still some clunky or missing features that may never be addressed: