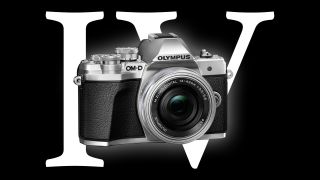 Yes, Olympus is still making new cameras – like the Olympus OM-D E-M10 Mark IV, which has been leaked online ahead of its traditional August-September announcement window. And yes, it appears that the entry level OM-D camera will finally be getting a 20MP sensor.

The Olympus OM-D E-M10 Mark IV had been expected in 2020, after the company registered a new camera with a Russian certification agency, though this news was sadly overshadowed by the news that Olympus has sold its camera division.

While some have questioned whether this would mean the end of new product from the manufacturer, Olympus has reassured us that it's "business as usual" – and the successor to the brilliant Olympus OM-D E-M10 Mark III looks to be the first new body since the sale news. Hopefully, the first of many.

For the first time in the history of the E-M10 product line, the Mark IV is set to feature a 20MP sensor. That's according to a set of leaked specs from Photo Rumors – though it is listed as 20.3MP, whereas the sensor is almost certainly the same familiar 20.4MP model featured in the Olympus OM-D E-M5 Mark III and flagship Olympus OM-D E-M1 Mark III.

Perhaps that discrepancy is down to the claimed lack of phase detect autofocus. Whereas the existing 20.MP chip features on-sensor phase detect, the leaked specs state that the sensor in the new camera will only possess contrast detect AF – which has historically been the case for the E-M10 line, to differentiate it from the senior E-M5 and E-M1 tiers.

The specs also state that the in-body image stabilization will be good for 4.5 stops (an improvement on the 4 stops of its predecessor), and that the rear screen will now be a flip-down 180° affair that's perfect for selfies. This is an interesting development, as it cannibalizes one of the USPs of the popular PEN line of cameras, such as the Olympus PEN E-PL10.

According to 43 Rumors, the Olympus OM-D E-M10 Mark IV will start shipping on 25 September, so stay tuned for the official announcement.