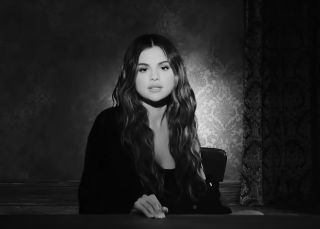 Pop musician and former Disney star Selena Gomez dropped a brand new music video last night with a key difference - it was shot on an iPhone 11 Pro. Her new single, "Lose You to Love Me' was shot with Apple's latest camera phone by director Sophie Muller.

While it's certainly unusual to shoot a music video for one of the most popular pop stars on the planet with an iPhone 11 Pro (Selena Gomez is currently the 5th most followed person on Instagram with 157m followers), it's actually not as ground-breaking as you might originally think.

Not only have previous directors shot music videos with iPhone setups before, there's even been an entire movie - the psychological horror-thriller 'Unsane'. However, it's worth noting that the directors of most of the previous 'professional' pieces of filmmaking loaded up their camera phone unit with incredibly expensive cinema lenses, gimbals, monitors, and other eye-wateringly priced kit.

In contrast, the video dropped by Selena Gomez seemed to actually keep things pretty simple. Filmed in one key set-up, the only flourishes in the black and white video that aren't added in post-production seem to be the smooth moving in-and-out by the iPhone. A behind the scenes video posted by PetaPixel shows that there didn't seem to be any additional lensing used, just a fluid head and stabilizer arm.

To help add extra interest, there are some post-production quirks, such as overlaying video and a conversion to black and white. However, this simple video is quite the boon for Apple, whose iPhone 11 Pro launch didn't quite have the sparkle that previous releases had.

Selena Gomez has proved her sheer marketing power many times before. Back in July 2016, a photo taken for an advertising campaign with Coke became the most-liked photo in Instagram at the time. She has since sprinkled some of her commercial fairy dust on brands such as Coach and Puma.

It's not totally clear whether she has been paid for this venture, as there's no #ad on her Instagram post announcing her new video. There's a possibility her team might have struck some kind of deal where Apple Music will promote her new single in return for her video. However, we're sure that there must be something going on behind the scenes for Gomez to write those three magic words on her post, #ShotOniPhone…