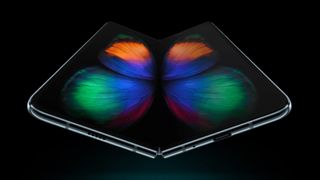 Following one of the most disastrous product reveal periods imaginable, which led to the company cancelling pre-orders and delaying its launch plans, issues with the Samsung Galaxy Fold have been reviewed and the manufacturer says that the phone will be ready for release before long.

Just a week after pre-orders were cancelled and the  product was pulled from sale, Samsung has resolved the now-infamous issues with the Galaxy Fold's screen – and that the measures it has taken shouldn't cause too much of a delay to the product's initially planned May launch in the US.

“We will not be too late,” Samsung CEO Koh Dong-jin responded to the Korea Herald, when asked whether the Fold could still meet its launch month in the United States.

The corrective measures being implemented by the company include "strengthening the durability of the exposed areas on the hinge and minimizing the tiny gap between the protective layer and the bezel of the main display in order to prevent any external substances from penetrating the device," according to the outlet.

In addition to addressing the faults with the phone display itself, the device also needs to go certification procedures and testing protocols before it is authorized to go on sale.

Samsung had earned bragging rights by bringing the first foldable smartphone to the consumer marketplace, with the Galaxy Fold being a prestige product for the the South Korean giant.

Seen as an elixir for the current decline in the market, foldable phones are widely anticipated to reinvigorate the space, and it seemed inevitable that the Fold it would be one of the best camera phones available.

However, the saga of the device began in April when early review units began to malfunction in spectacular fashion. Problems were plaguing the folding screen, from reviewers unintentionally peeling off a layer of the display (believing it to be the protective film that arrives on most new phones) to debris causing screen failure after just 24 hours.

Samsung initially ignored the reports, but they spread like wildfire on social media. The company then demanded the return of review units and pulled the phone from sale, informing customers that all pre-orders would be cancelled unless people expressly wanted to receive the device.

The company should announce a rescheduled release for the Galaxy Fold soon, and we hope that the issues are resolved. Foldable devices may indeed be the future, evidenced by both Apple and Google developing a folding phone, but this has been a black eye on the technology that's hard to overlook.