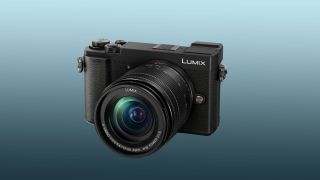 The Panasonic GX9 is an impressive little camera, with a 20.3MP sensor, 4K video recording and 5-axis Dual Image Stabilization. It also has a 3in tilting touchscreen LCD screen, Wi-Fi and Bluetooth.

However, what new features will the Panasonic GX10 boast? Currently, there's precious little information about the upcoming camera. The only substantial details we can find come from rumor website 43 Rumors. They advise that not only will it be released in the first half of 2020, but that the "GX10 will have a plug for microphone but not for headphone…"

This is a definite improvement on the Panasonic GX9's complete lack of either microphone or headphone port. A mic port means that users will be able to record audio, meaning the Panasonic GX9 might make an attractive option for casual vloggers.

However, as with all cameras that have mic ports but no headphone ports, the Panasonic GX10 will cut itself off from more serious videographers that require the ability to be able to listen to their audio as they're filming.

However, it could be argued that if you're a professional videographer, then you're more like to use the Panasonic Lumix GH5S, a fantastic camera that's designed for video first and stills second. Instead, the Panasonic GX10 is likely to function as a great vlogging camera that's compact enough to be slipped into a pocket.

While we might not know much about the Panasonic GX10, the few details we do know are certainly tantalizing. We'll be awaiting the GX10's arrival with baited breath.